An earlier proposal to block all metals mining in El Salvador has stagnated for years in Congress without being discussed. 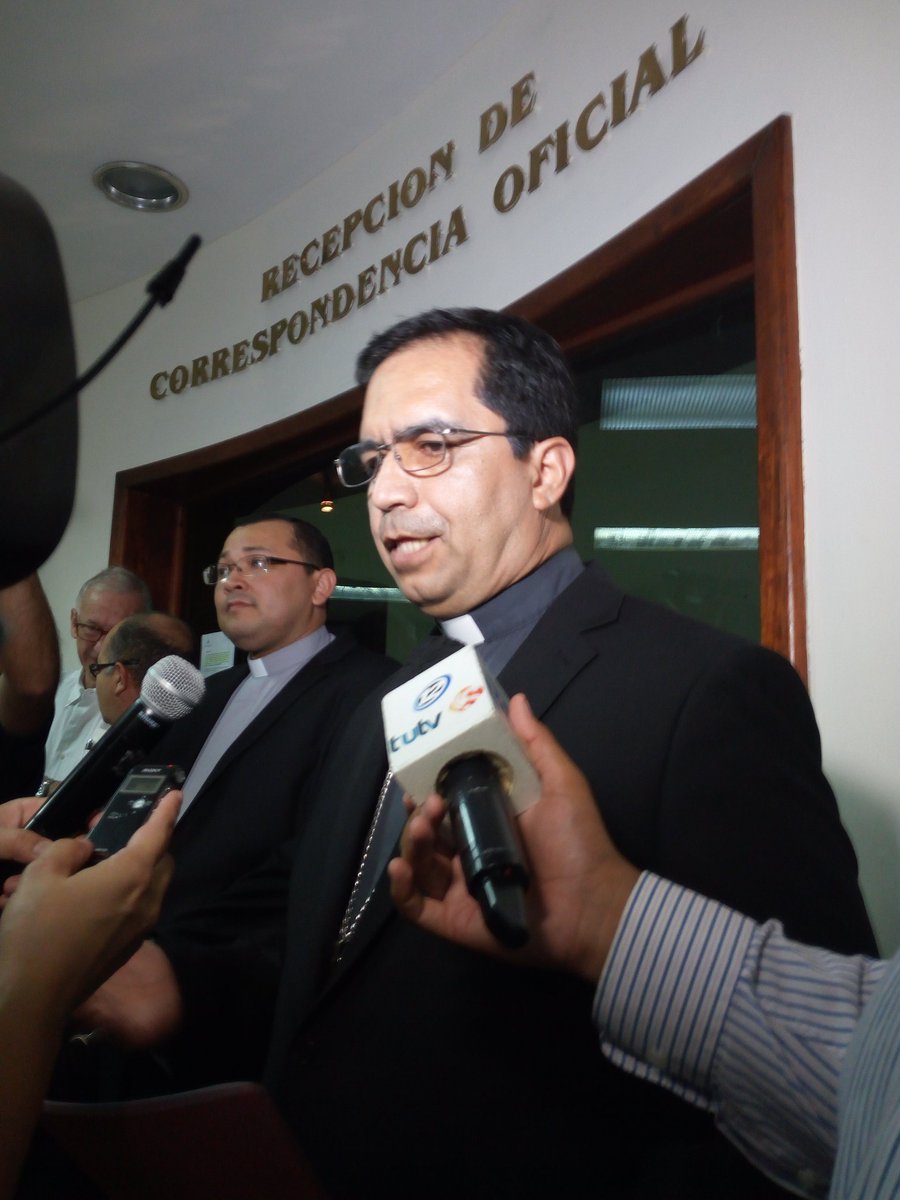 The movement against destructive mining activity in El Salvador received a boost Monday as leaders of the Catholic church in the Central American country presented a bill in Congress aimed at blocking mining and protecting citizens from “serious contamination.”

“The objective of the bill is to protect our country and its population from serious environmental contamination, especially of water, an inevitable consequence of open pit mining exploitation,” the archbishop of San Salvador, Jose Luis Escobar Alas, said in a press conference Sunday.

“We have presented bill proposals since 2006 focused on the the ban of metal mining,” stated a representative of the Mesa Nacional Frente a la Mineria (National Roundtable Against Mining, La Mesa).

Members of the National Roundtable Against Mining met with the Legislative Assembly to present a letter demanding the return to the study and adoption of the bill that bans metal mining operations in the country.

The organized community groups that work in favor of human, environmental, religious, and youth rights that make up La Mesa were present at the Legislative Assembly.

“Efforts to have a legislative decree that prohibits mining operations and all of its forms have sprung since the year 2006. As a political party we can say that there are already 31 votes in order to comply with this demand from the population, social organizations, and the Catholic Church,” said FMLN legislator Guillermo Mata during the presentation of an official letter(requesting prohibition) in the Legislative Assembly.

The inhabitants of Cinquera also asked the city council to call a popular vote so that the citizens of the town can decide through a vote if they are in favor of, or against, mining operations.

Inhabitants of the municipality of Cinquera, in the Department of Cabañas, called on the Representatives of the Legislative Assembly to take up the discussion of the bill that bans metal mining in the country.

In 2009 civil society organizations and communities presented a bill to the Legislative Assembly against mining, but up until now there have been no advances in the discussion.