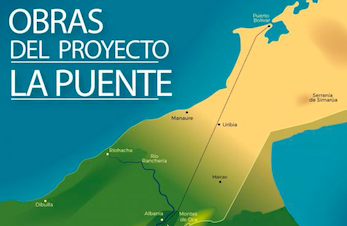 The latest lawsuit comes after Cerrejón shareholders, BHP and Glencore filed separate lawsuits for the same reason on April 27 and June 1, respectively.

Cerrejón has not been able to work on the northern section of the La Puente pit since November 2017. Colombia's constitutional court suspended operations due to concerns about the impact of diverting a river on the local water supply.

Anglo American's latest legal challenge was filed with the World Bank's International Center for Settlement of Investment Disputes (ICSID). The director of the government's legal defense agency, Camilo Gomez, told Argus that the state made a strong attempt to reach a pre-arbitration agreement with these companies to avoid lawsuits.

Cerrejón planned to develop La Puente to offset expected production declines elsewhere. The pit contains 35 million tonnes of proven coal reserves and was expected to allow Cerrejón to offset the 3 million tonnes / year drops in production from other pits during 2015-33.