The Status of Investor-State Arbitration in Latin America in 2021 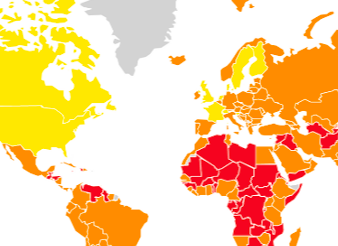 With a total of 54 cases filed, 2020 was a record year for cases filed under the ICSID Convention, and with a total of 72 treaty-based cases, an important year in general for Investor-State Arbitration.

Peru. The first Investor-State case filed in 2021 was brought by a Netherlands-based company against Peru over a failed telecommunications investment. With this latest case, there are a total of 13 treaty-based arbitrations currently active against Peru. The other 12 cases were brought inter aliaover a dispute relating to the operation of a refinery located in the Peruvian rainforest, over a mining project halted by local protests and over the state's decision to interrupt the progress of a large-scale irrigation project. Peru has been threatened with additional cases in relation to a gas-distribution concession, the operation of a port on its southern coast and a cacao plantation located in its northeast.

Colombia. Around 15 Investor-State cases are pending against Colombia. These arbitrations relate to disputes over the construction and maintenance of an access channel to a coal seaport facility, the disruption of gold mining activities by ongoing civil strikes and illegal miners, the alleged expropriation of a local financial institution during a temporary banking crisis, an electricity-distribution agreement and telecommunications infrastructure. In addition, Colombia is facing potential arbitrations in relation to the suspension of operations at a coal mine as well as a car-sharing service.

Mexico. Mexico in turn is facing approximately 12 pending cases in connection with its refusal to grant certain environmental permits for the exploitation of a large phosphate deposit located off the coast of Baja California Sur (that is alleged to be politically motivated), the immobilization of vessels of a local charterer, the cancellation of certain debt instruments by Mexican courts, the alleged taking of certain tourism facilities in Tulum and a dispute relating to the treatment of a satellite services provider Additionally, Mexico risks facing further arbitrations related to recent modifications of its renewable energy framework. (See previous Holland & Knight alert, "Foreign Investment Protection Mechanisms in Mexico for Renewable Energy Investments," May 22, 2020)

2. COVID-19-Related Claims
Given the unprecedented COVID-19 pandemic and the drastic measures that have ensued, there are fears that the actions taken by states to control the spread of the pandemic or ease the economic repercussions of lockdowns and other restrictions might give rise to additional Investor-State disputes. Although it is still early to conclude on the materialization of these supposed pandemic-related claims, it is noteworthy that according to public records and up to the day of writing, no case has been filed in connection with COVID-19 measures.

However, this might change soon. Chile has recently been threatened by French investors with an ICSID claim over the disruption of their Santiago International airport concession by measures taken in response to the pandemic. Additionally, it can be noted in this context, due to the explanations furnished by Mexico for the modifications of its renewable energy framework, that any potential claim over these modifications could also be argued to be a result of measures taken by the state in the context of the COVID-19 pandemic.

3. Treaty Updates
Finally, with regard to developments in the treaty sphere, it is interesting to note that 2021 might be the year that will witness the first case filed under the new United States-Mexico-Canada Agreement (USMCA) that entered into force on July 1, 2020, although legacy investments still will be protected under the Investment Chapter of the North American Free Trade Agreement (NAFTA) until July 1, 2023. (See previous Holland & Knight alert, "Mexico Keeps Investment Disputes Mechanism Under New USMCA," Oct. 5, 2018.)

There is a slight chance that 2021 might also see the entry into force of the European Union (EU)-Mexico Agreement and its investment chapter. However, as it is a mixed agreement, it requires ratification by each member state of the EU, which is likely to take more than a year.

4. Conclusion
In conclusion, 2021 is shaping up to be another busy year for Latin America in terms of Investor-State proceedings, whether or not any pandemic-related claims materialize.