STATEMENT OF THE ENVIRONMENTAL ALLIANCE OF EL SALVADOR IN LIGHT OF RECENT CALLS MADE BY THE OMBUDSMAN FOR THE DEFENSE OF HUMAN RIGHTS ON THE IMPLEMENTATION OF THE HUMAN RIGHT TO ADEQUATE FOOD AND WATER AND THE THREAT OF METAL MINING IN THE COUNTRY. 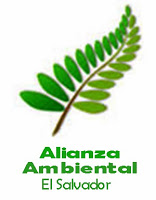 The Environmental Alliance of El Salvador is a network of organizations unified on their demand for sustainable management of the environment in El Salvador. We are made up by the Water Forum , the Food Sovereignty Roundtable, the Permanent Coalition for Environmental Risk Management, the National Movement Against Mega Projects ,and the National Roundtable Against Metallic Mining.

We are concerned about the lack of discussion of environmental issues by the candidates and political parties participating in the presidential campaign and elections scheduled for Feb. 2014. Alarmed by this lack of discussion on issues related to the protection, promotion and implementation of the human rights to water and adequate food, and the ominous threat to the environment represented by pending metal mining projects, we state:

considering the issues mentioned above, and in support of the appropriate remarks made ​​by the Human Rights Ombudsman of El Salvador, as a widely represented Environmental Alliance we reiterate to the political parties and their presidential candidates:

We reiterate to the political parties and their candidates the urgent need to include clear proposals regarding social and environmental issues affecting the population, particularly to considering that important public figures such as the Ombudsman for the human Rights have already made this call.