A march led by archbishop Jose Luis Escobar Alas arrived at the Legislature demand the prohibition of metal mining. 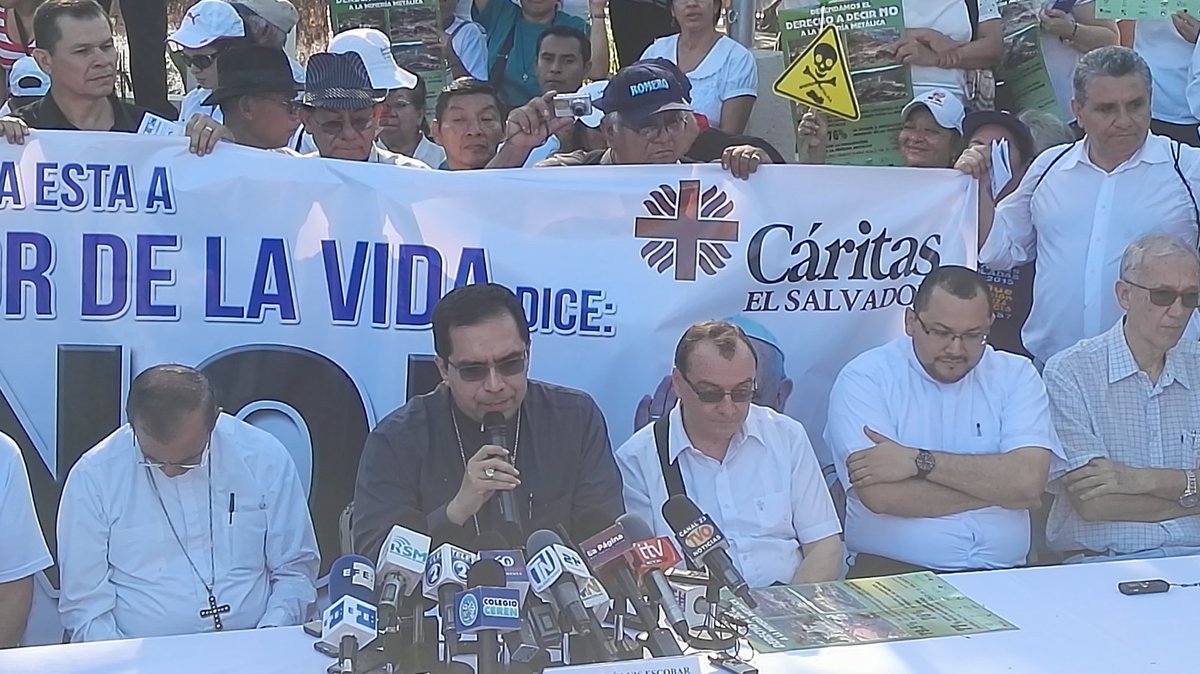 A group of Salvadorans marched today to demand that the Legislature approve a law prohibiting metal mining in El Salvador at a demonstration convened by the Archbishop´s Office and headed by Archbishop of San Salvador Jose Luis Escobar Alas himself.

The protest was attended by various organizations and associations that support the proposal of the Church. The march left the Simón Bolívar Park, in the center of the Salvadoran capital and arrived at parliament to deliver the request.

Upon arrival they were greeted by the president of the Legislative Assembly and GANA legislator, Guillermo Gallegos, who assured that his party will support the request. They were also received by René Portillo Cuadra, from ARENA, and Norma Guevara, from the FMLN who promised their parties' support for the initiative. Gallegos even anticipated that there would be good news regarding the petition in the days near the commemoration of Easter, in April. Recently, the archbishop, accompanied by the Dean of the Central American University José Simeón Cañas (UCA), Andreu Oliva; the director of the Institute of Human Rights of the same university, José María Tojeira, and other members of the Church presented the Legislative Assembly a bill to prohibit the exploitation of metal mining.

According to the applicants, the approval of the law is "necessary", due to the serious consequences óf mining for the environment in the Central American country.

At the end of the march, the Church presented to Congress "several booklets with thousands of signatures collected, in support of the bill to prohibit mining in El Salvador," according to the Catholic Office.

In late February, residents of the municipality of Cinquera (Cabañas), 70 kilometers northeast of San Salvador, refused the implementation of mining projects through a popular consultation among residents led by environmental organizations.

"98.10% of the voters cast ballots against mining exploration and exploitation in the municipality", so that municipal authorities can issue an ordinance that prohibits any type of exploitation of metals, reported, after the referendum, the National Round Table Against Metallic Mining.

Social organizations said that "these results are a clear recommendation" for members of the Parliamentary Commission on Environment and Climate Change to give a green light to the vote on a law prohibiting mining.

A World Bank (WB) arbitration body ruled in October 2016 in favor of El Salvador and against the Canadian miner Pacific Rim, now owned by the Australian Ocean Gold, which claimed compensation of 250 million dollars from the Salvadorean government.

The case dates back to 2009 when Canadian miner Pacific Rim filed a lawsuit against El Salvador because the Central American country denied permission to exploit the El Dorado gold mine in the north of the country.