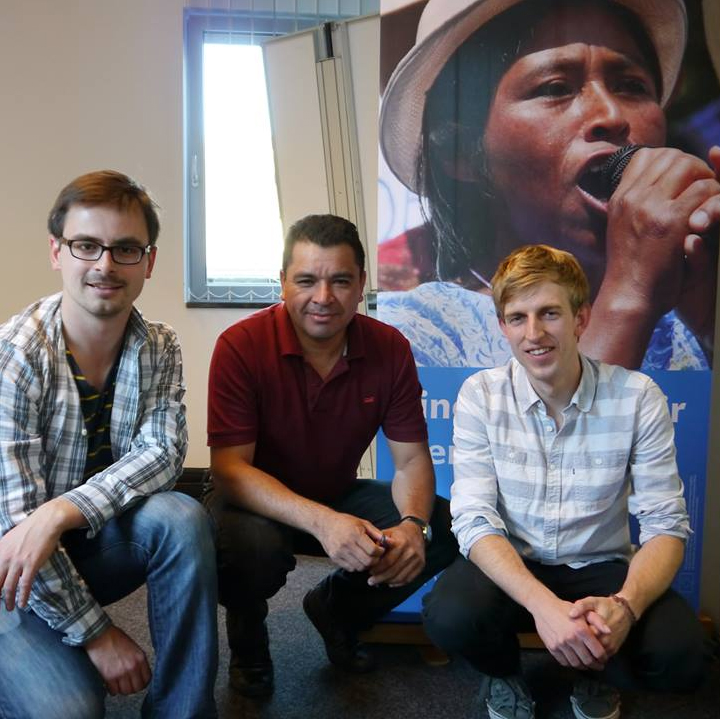 From September 30th to October 15th, Bernardo Belloso, president of the Association for Development travelled on a speaking tour through Germany, Slovakia and Romania to report on the social resistance against gold mining in El Salvador, to participate in public events, lobby meetings with elected politicians, civil society organizations and press conferences.  Mr. Belloso also travelled to Bratislava (Slovakia), for a speaking engagement at the International Conference on Responsible Mining (October 6th-7th) where he spoke about the experiences of CRIPDES, along with civil society organizations in El Salvador,  have waged against mining companies. Finally Mr. Belloso travelled to Romania to meet with representatives of the resistance against gold mining in Rosia Montana. As El Salvador, Romania has been sued by a Canadian mining corporation because it was refused a mining licence.

CRIPDES has accompanied the Stop Mad Mining campaign of the Christian Romero Initiative, CIR, in Germany since the beginning of 2015. In March, CIR reported on the third local public referendum in the department of Chalatenango, in which an overwhelming majority in the Municipality of Nueva Trinidad voted against the establishment of mining projects.  Through an informative campaign targeted to the population and politicians, CRIPDES, as part of the National Roundtable Against Mining(la Mesa), wants to achieve a mining prohibition for the whole country.

Currently, all the mining licenses are halted due to a 2009 moratorium implemented by the government.  This policy however, was not welcomed by mining companies.  The most perfidious strategy was pursued by Australian-Canadian firm OceanaGold, which sued El Salvador for US$301 million before the ICSID, an arbitration tribunal of the World Bank.  CRIPDES has participated, along with other organizations of La Mesa, in presenting a civil society perspective on the case through an Amicus Curiae submission.

If the government were to give up under the pressure of the company and consequently concede mining permits, this would lead to a contamination of the already scarce and polluted water resources. CRIPDES also fears that violence could break out as a result of community division and conflicts between companies and environmentalists. The numerous conflicts in neighboring Guatemala, Honduras, and Nicaragua, give Salvadorian communities an anticipation of the potential consequences of gold mining in El Salvador.

The fact that a company sued El Salvador, asking for compensation as a result of  the government’s decision to protect the population from environmental degradation, is already terrible. But, more terrible is that this is not a unique case: not long ago the Canadian gold mining company Gabriel Resources sued Romania for 6 billion dollars, after the government decided to refuse a permit for a gold and silver mine in Rosia Montana. The population in the surrounding areas of the mine along with numerous NGOs, had pressured the government for years.

Thanks to the support from MiningWatch Romania, Mr. Belloso was able to share experiences from the opposition to mining in El Salvador with anti-mining initiatives in Romania.

CIR is of the opinion that both cases illustrate the threat posed by extensive trade and investment protection agreements, such as the TTIP and CETA.

“I look forward to raising awareness in Europe over the still largely ignored consequences of metallic mining, and to supporting the Stop Mad Mining campaign”,  Bernardo said right before the start of the tour.

of the Christian Romero Initiative, CIR, in Germany