Arcatao: the next municipality to hold a referendum on mining in El Salvador

Citizens of the communities of Cicachuite, Cerro Grande, Teosinte, Chavarria, El Sitio, Los Rivera, Los Guardado, El Portillo, Los Alas, Los Orellana, Los Merino, El Pepeto, Gualsimaca, Las Vegas, and the town itself, all belonging to the Municipality of Arcatao, in the Department of Chalatenango, presented a package of signatures collected in their communities in order to ask the Municipal Council for the call of a public referendum that could declare this Municipality a “Mining-Free Territory”. 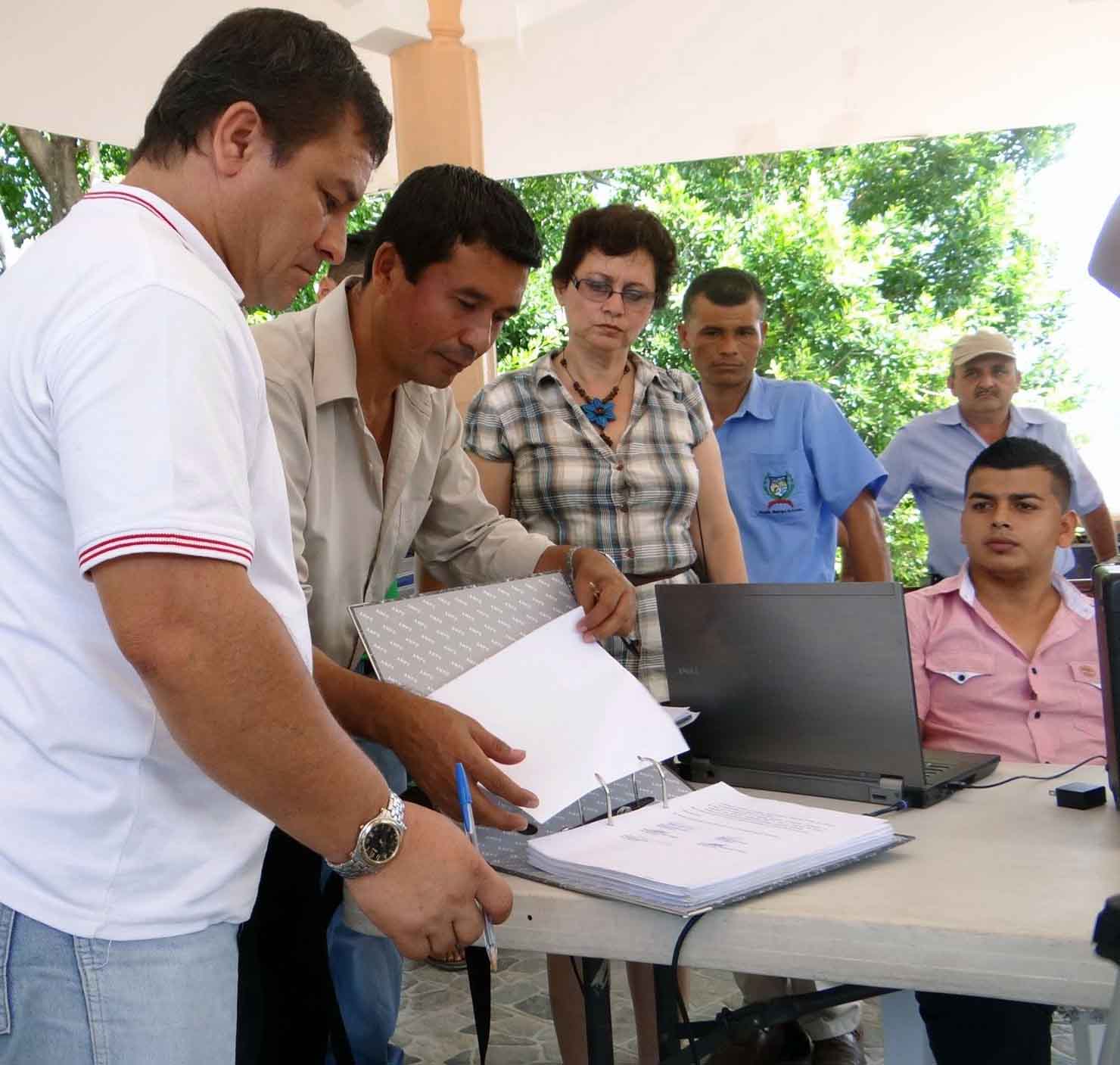 Six years after the implementation of an administrative freeze on processes related to mining by the Salvadoran Government, social organizations opposed to the mining industry are intensifying their national campaign to demand a permanent ban on mining activities.

Faced with the failure of the Legislative Assembly to apply a definitive ban at the national level, social organizations such as CRIPDES, CORDES, CCR, members of the Mesa Nacional Frente a la Mineria Metàlica (National Roundtable Against Metallic Mining) based in the department of Chalatenango, are leading a campaign for public referenda. These are intended to determine whether communities agree with the establishment of mineral extraction projects in their territory.

This strategy, initiatied in 2014, re-orients the nationwide fight for a mining ban to the active organization of the citizenship in defense of territories threatened by mining. It does so through processes of petition and public referenda established in the Municipal Code.

So far, three Municipalities – San José las Flores, San Isidro Labrador and Nueva Trinidad – have held successful referenda that saw the participation of more than 62% of the electorate. Out of these voters, 99% expressed their will of banning the mining projects. These Municipalities are already in the process of publishing the municipal ordinances banning mining activities in the Official Journal of the Republic of El Salvador.

The collection of signatures is part of the petition process that unfolding in the Municipality of Arcatao, Chalatenango, to proclaim it the fourth “Mine-Free Territory”.

This pilot effort aims to serve as inspiration for other communities and their leaders to get organized and declare their areas “Mine-Free Territory” through city ordinances.

The initiative has had the support of authorities of the Ministry of the Interior, members of the Legislative Assembly of Chalatenango, the Secretariat of Citizen Participation of the Presidency of the Republic and the Attorney for the Defense of Human Rights, in addition to national and international NGOs that participate in the process of verification.