“It wasn’t the Attorney General’s Office that harassed me, it was the DECO

“It wasn’t the Attorney General’s Office that harassed me, it was the DECO”

The original in Spanish

Santos Rivera, brother to Ramiro, the environmentalist murdered in 2009 in Cabañas, explained that when he gave testimony against those accused for the crime, he was harassed by the investigators from the DECO (the Elite Division against Organized Crime) and not by the Attorney General’s Office, as was reported in a story published on April 16th.  Recently, the Specialized Sentencing Court of San Salvador sentenced those accused for the murders of five environmentalists in the Town of Trinidad, Sensuntepeque, Cabañas, among them Santos’s brother and Dora Alicia Sorto, who was eight months pregnant.  In response, the Environmental Committee of Cabañas (CAC) expressed its dismay with the ruling of the Court, a position that Santos Rivera shares.

“As an environmentalist and as a brother I am not satisfied with the actions of the Attorney General’s Office, how they investigated the cases, and the ruling of the Specialized Sentencing Court, because there are people who have participated as much as those found guilty who have been set free, and the intellectual authors are free as well and there have not been efforts to get to the bottom of the case.”

Santos said that he believes that the authorities already knew who the intellectual authors were, but they were no interested in investigating and it was possible that the company Pacific Rim was manipulating the disposition to investigate.

Francisco Pineda, the president of the CAC, has said on repeated occasions that the Attorney General’s Office is wrong in stating that family disputes provoked the crimes, due to the fact that before the arrival of mining companies in Cabañas there were differences among families but they never reached the point of murders being committed. 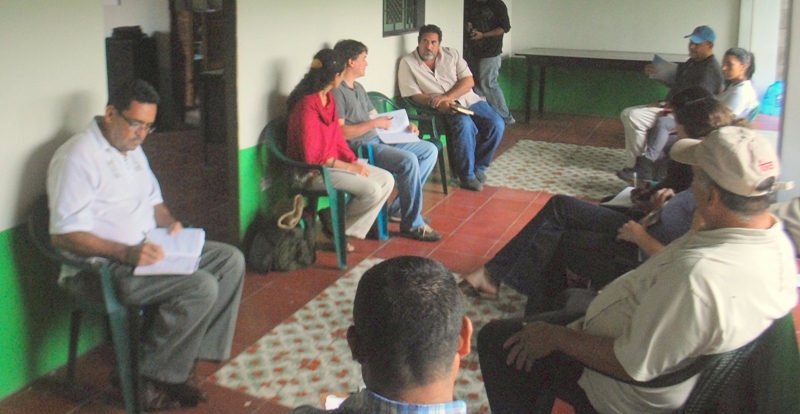