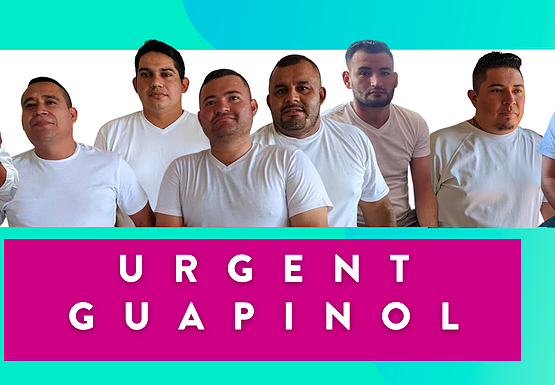 In its resolution 85/2020, the Working Group stressed that there is no legal reason for the use of pre-trial detention in the case of defenders José Daniel Márquez Márquez, Kelvin Alejandro Romero Martínez, José Abelino Cedillo, Porfirio Sorto Cedillo, Orbín Nahúm Hernández, Arnold Javier Alemán, Ewer Alexander Cedillo Cruz and Jeremías Martínez Díaz and emphasized that the State is punishing them for being environmental defenders and for exercising their legitimate rights. Furthermore, it noted that there is no reason to prosecute them in the first place. The Working Group emphasized that they should be released and redressed and that those responsible for the illegal detention should be investigated.

The Working Group urged the Honduran State not to wait because every day they do not release them, they are committing another violation. They also stressed that due to the COVID crisis, the release is urgent.

In addition, there are at least 15 more positive cases in the Olanchito detention center but the number may be much higher given the overcrowded conditions and lack of prevention measures. The outbreak means that other defenders are also at risk.

The Honduran state knowingly holds the Guapinol Water Defenders in illegal detention and puts their lives at risk. The state is responsible for their well-being and physical integrity and has an obligation to release the defenders now.

· That the State of Honduras immediately release the 8 defenders as resolved by the UN Working Group on Arbitrary Detentions.

· That the Penitentiary Institute immediately take all necessary preventive health measures to safeguard the lives of the defenders and inform the families about their state of health.

Please contact your Ministry of Foreign Affairs and let your elected representatives know the heightened risk the defenders face and urge for their immediate release!

- Mauricio Oliva, President of the Congress of the Republic secretariacnhn@gmail.com

- Rolando Argueta, President of the Supreme Court of Justice arguetarolando1@yahoo.com