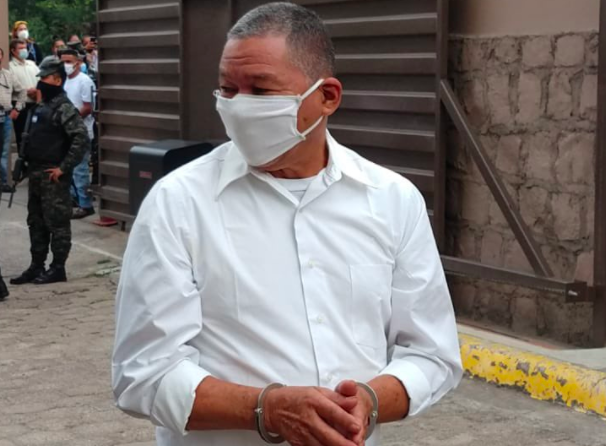 His trial, which is taking place in Chamber 1 of the Court of Judgment in Tegucigalpa, is expected to conclude on Thursday February 25.

On December 16, 2013, the Honduran Congress cut 217 hectares from the core zone of the park from which construction was prohibited. On January 28, 2014, the first licence was granted to Emco Mining for their planned open-pit iron oxide mine.

By 2017 the Municipal Committee for the Defence of Public and Common Goods had been created and called for public consultations so that community members could decide whether they wanted a mine in their area.

Then in March 2018, the company began building an access road to the planned mine site and community members reported that the Guapinol River, a vital source of drinking water for them, had become muddied.

By August 1, 2018, the community established an encampment that blocked the construction of the access road.

Then on October 27, 2018, more than 1,500 police officers and military personnel began the forceful expulsion of the protest camp from the road worksite.

As noted above, Jeremias has been in pre-trial detention since December 8, 2018.