Alejandro Guevara: “It was the communities who built the resistance against metallic mining” 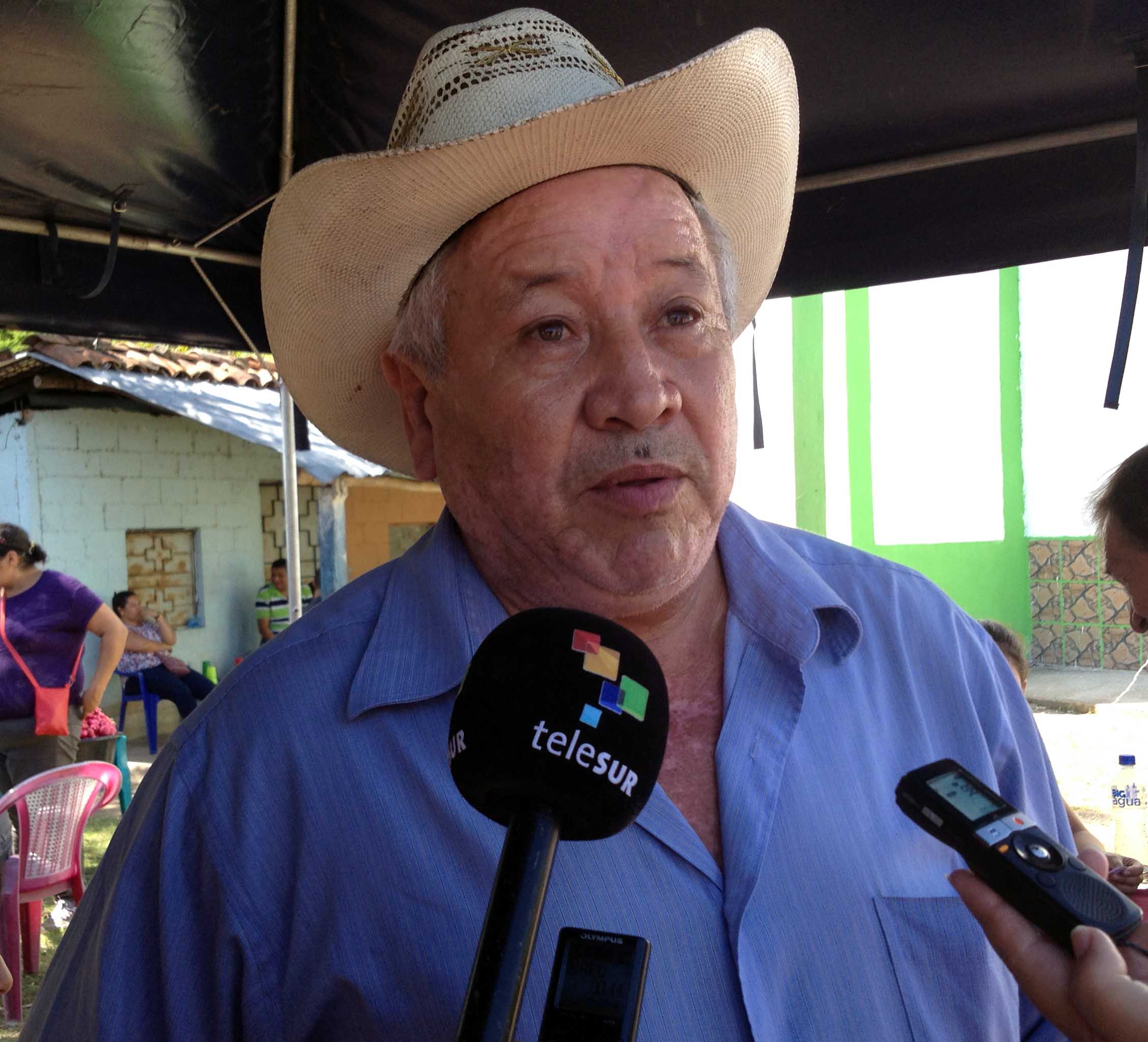 "As relatives of the victims, we are still awaiting for justice to be made, and this event is to commemorate and recognize their lives," said Alejandro Guevara, at the seven anniversary mass and community event that honored the memory of environmentalists Marcelo Rivera, Dora Sorto, her unborn son (Enmanuel), and Ramiro Rivera.

The mass held at the community of La Trinidad, Sensuntepeque, Cabañas, brought together various non-governmental organizations, community members and relatives of the victims.

Mr. Guevara commented that as relatives of victims, Ramiro Rivera and Dora Sorto, they have carried a long moral grief for their absence, but the grief has transcended to communities that continue their resistance against projects that risk the health of natural resources and human life.

"We in the communities are against OceanaGold and its El Dorado Foundation, they have set up their operations in San Isidro, Cabañas, knowing well that we reject this type of industry in our country. With the murders of the environmentalists our family has paid a price that has been very painful, these murders continue to have ramifications in community members that still live with the fear and trauma generated by the murders. This is why we want people to learn from these tragic events, to honor their memory" he said.

"The State of El Salvador won the lawsuit before the ICSID, and I believe that this is the result of all the organizing done in the communities, the murder of our compañeros inspired us to build the resistance against PacificRim / OceanaGold, we now see that this effort was not in vain, it had positive results in the verdict given by the three judges who ruled in favur of El Salvador at the ICSID tribunal, " he reflected.

Fray Domingo Solís, of the Office of Justice, Peace and Integrity of the Creation of the Franciscan Friars in El Salvador (JPIC), considered the murdered environmentalists as a true example of life in the defense of natural resources and the life of People who would be affected by the contamination produced by the mining industry.

"They helped their colleagues and our country against extractivist companies who want to take over El Salvador's resources, with modern technology that is capable of destroying entire ecosystems, in fields where food, water and healthy air are produced; of course they offer development, technology… but once the mining ends, they disappear and there is no one to respond for the damages caused, "he said.

Margarita Posada, Coordinator of the National Health Forum (FNS), said that the population cannot forget the contributions of this group of environmental rights advocates, who gave up their lives in the struggle to defend the national territory.

"We must continue in the fight, because our colleagues left behind the challenge to continue and because it is also just to ask for their murders to be investigated; because when the poor are the ones who die and, above all, when they die fighting for just causes, everything must be examined.  (Rodrigo) Chávez Palacios, PacRim VP in El Salvador in 2009, had to do with these cases, because he was involved with the mining company, instead he was recently released for good behavior on an unrelated murder charge. That kind of impunity is a reflection of the lack of justice and the rottenness of the judicial system," she expressed.

The representative of FNS reiterated the commitment of her organization to support the demands and the fight for the defense of the environment, especially against mining companies. "We consider that mining is not viable and we can corroborate that only with exploration activities they have already contaminated underground sources of water. We have a project the nearby community of La Maraña, where water from the wells contain heavy metals, the local government wants people to use that water without treatment, the attitude of such a cynical and dehumanized government authority is a tragedy," she said.

In his pastoral message, Father Luis Coto called for a reflection to continue the legacy and work of the three environmentalists assassinated for their ideals, and invited all to unite and leave their differences against the false promises of this mining project, which will not contribute to substantial change in the life of people.

"The government is doing a lot to prevent mining exploitation, because as we all know our water will be contaminated and this affects us greatly, as CÁRITAS we have already expressed that we are against mining and that is why we provide unconditional support for the movement, because we already have our water polluted, some of it can still be saved but we must take care of the few resources we have left.”

“It cannot denied that many young people are dying as a consequence of pollution and conflict these big companies leave, so we are here today in solidarity with their relatives and to honor the memory of Marcelo, Ramiro, Dora and her unborn son, Enmanuel. "