The National Round Table Against Mining is concerned that municipal and legislative assembly candidates appear to have no interest in environmental issues such as mining. 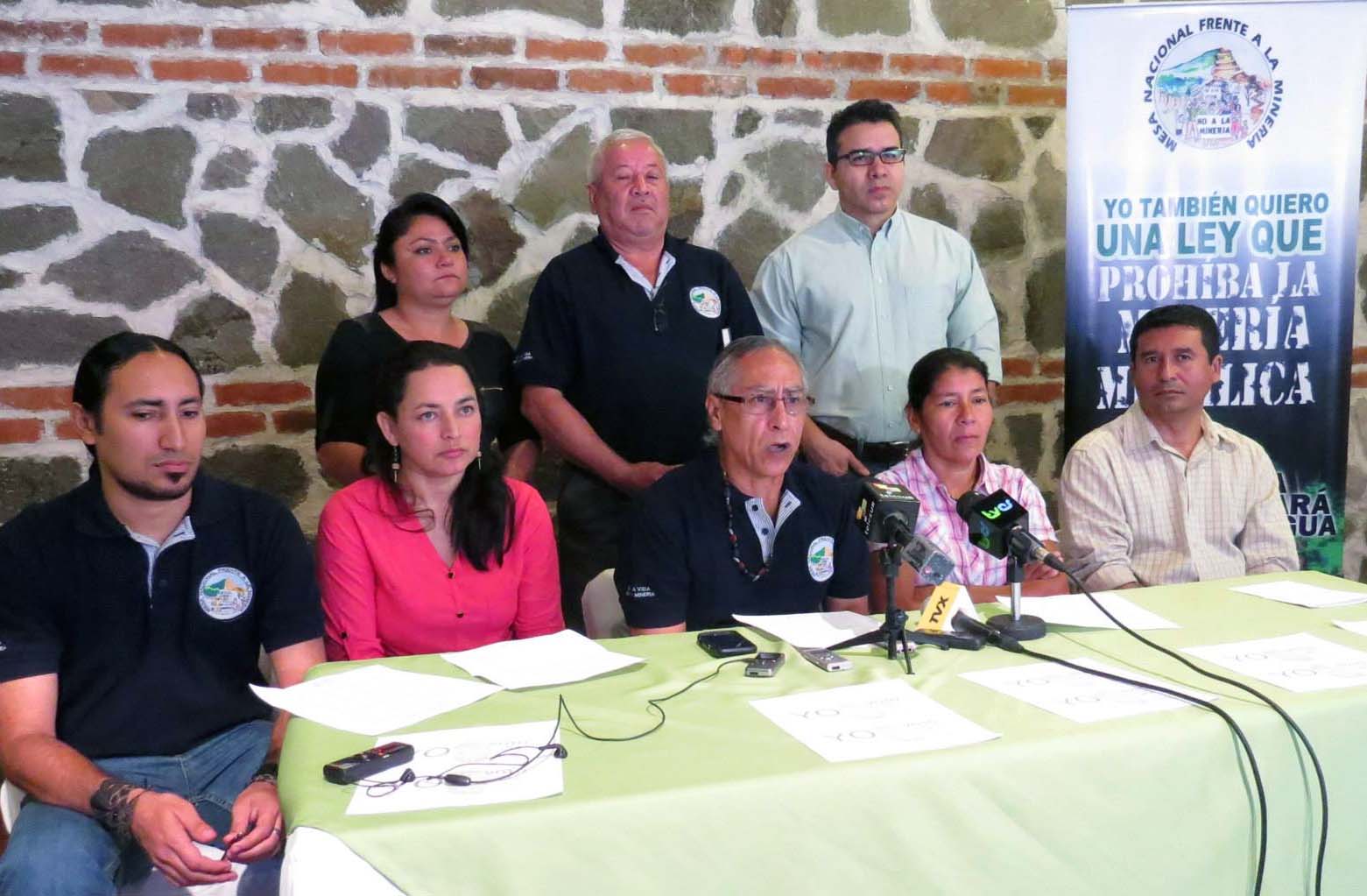 The National Roundtable against Metallic Mining and other social, religious, ecological and research organizations spoke out against the lack of interest observed in the mayoral candidates and candidates to the to the legislative a council to pass a law banning all mining activity and develop municipal ordinances declaring the free mining towns.

"We are convinced that the electoral period 2015-2018 is crucial to advance political, social, economic, environmental development and to advance the democratization of the country. Therefore we are concerned that mining and other environmental issues are notably absent again the election campaign, "said Edgardo Mira, from the National Roundtable Against Mining, La Mesa.

La Mesa regrets that none of the many political parties running for election include environmental issue as a priority for a national agenda, considering that El Salvador has high levels of social and environmental vulnerability.

La Mesa demands that candidates for public office should include the matter into their municipal and legislative platforms.

"Voters should be vigilant and should not to vote for those who do not support the ban on mining," said Vidalina Morales, of La Mesa.

"I vote against mining" campaign launch

La Mesa also launched the "I vote against mining" campaign which is meant to inform and educate the Salvadoran public on social and environmental impacts of mining. They are planning to have a series of municipal and departmental candidates’ forums starting in the department of Cabañas, followed by Chalatenango, Santa Ana and culminating in a forum in the capital San Salvador.

"In this forum we want to know the position that politicians and candidates about environmental and mining issues" said Edgardo Mira.

These forums will be held in late January and February, and it will be a space required to commit to pay attention to the issue of mining from the day they take public office.