On the day of the expected Pacific Rim decision, the National Roundtable against Metallic Mining organized a press conference with members of the Midwest Coalition against Lethal Mining (MCALM) and U.S.-El Salvador Sister Cities in anticipation of  the imminent news.  In a show of solidarity of community organizer from Wisconsin, a state also facing the threat of open-pit mining, and MCALM founder Marc Rosenthal read a statement (below) highlighting the importance of">Video of the Mesa’s press conference and the statement 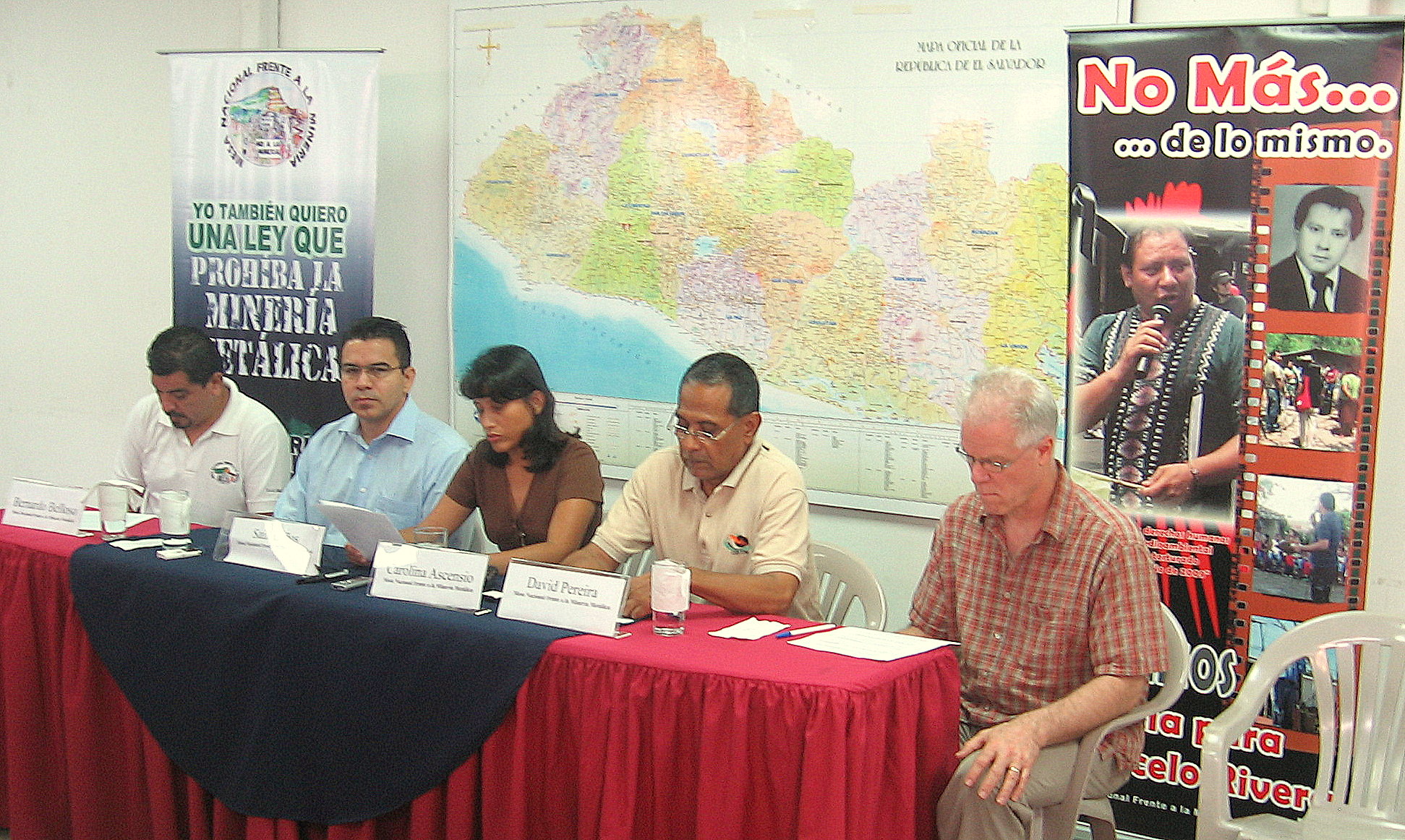 On behalf of U.S. El Salvador Sister Cities and the Midwest Coalition against Lethal Mining we want to affirm our solidarity with the Mesa Nacional Frente a La Mineria as it prepares to respond to the decision of the International Centre for the Settlement of Investment Disputes on the Pacific Rim lawsuit against the Salvadoran government.

I am here representing the Madison-Arcatao Sister City project which has been working with CRIPDES and the community of Arcatao, Chalatenango for 26 years. Throughout the years we have been working together around issues facing the people of El Salvador, from the implementation of the Peace Accords to land reform to health and education. In recent years, it became clear that the greatest threat was one that we had in common: the threat posed by multinational mining corporations. And when we talk of mining what we are really talking about is the threat to water. Nothing highlights the commonality of our struggles like the fundamental human need for and right to clean water.

We formed the Midwest Coalition against Lethal Mining (MCALM), to educate communities throughout the state and the Midwest about the devastating effects of large scale mining that affect us both in the state of Wisconsin and El Salvador. Like the Salvadoran social movement, MCALM is guided by the principle that only organized people can defeat organized money. And like El Salvador, Wisconsin has its own history to draw on in fighting back. In 2003, a grassroots Indian, environmental and sport-fishing alliance defeated the proposed Crandon zinc-copper mine by one of the most powerful corporations in the world, Exxon. As in the case of El Salvador, the mining corporations attempted to divide people and exploit their fears and need for jobs. Like Pacific Rim they lied about the environmental effects of mining. After 28 years of resistance, this project was defeated by a broad coalition.

Today, Wisconsin is once again facing the destructive effects of corporate mining with proposed gold and iron mines and the expansion of sand mining for hydraulic fracturing. The corporations involved demanded major changes to our environmental protection laws.

Drawing from our inspiration of the Salvadoran anti-mining movement, we mobilized and defeated the attempt to change these laws. But the threat remains.

Today, as we wait with the Mesa for the ICSID’s decision, it is important to note the need to change the way free trade agreements like CAFTA affect our ability to defend our communities and environment. The investor rights in these agreements strip our communities of our basic national sovereignty and pose a direct threat to our future.

When we speak of international solidarity it is not a romantic notion but actually central to our capacity to confront these very powerful corporations. So, in the name of the Midwest Coalition against Lethal Mining, U.S.-El Salvador Sister Cities and international solidarity we stand with the Mesa and the Salvadoran people in rejecting the imposition of multinational corporations and the World Bank in issues so central to our lives.