THE STRUGGLE FOR GOOD WATER GOVERNANCE CONTINUES IN EL SALVADOR

The profound crisis of water resources in El Salvador, in terms of quality, quantity and access, is widely recognized and scientifically documented by national as well as international experts. The main cause of the current crisis is poor water management (pollution and over-exploitation) due to the lack of policies (General Water Law), practices and programs that ensure good governance. This problem affects us all in our daily lives, but it is the poor who suffer the most, especially women and children.

Toxic waste and heavy metals from industry, poisonous chemicals from agricultural runoff and untreated sewage pollute more than 90% of our surface waters. At the same time, over-exploitation of aquifers generates water shortages for ecosystems and communities throughout the country.

This alarming situation has led international organizations, such as the Economic Commission for Latin America and the Caribbean (ECLAC), the Global Water Partnership (GWP) and the Latin American Water Tribunal, to declare the country on the verge of water stress, meaning insufficient water resources to meet human demand. Confirming this view, a study by the Office of the Ombudsperson for the Defense of Human Rights in El Salvador concluded, in 2016, that El Salvador has a life expectancy as a viable country of approximately 80 years if we do not change dramatically the way we manage our water resources.

The scientific evidence is supported by the experience of thousands of inhabitants of urban slums who spend months without access to water, of poor communities in the rural sector who depend on increasingly scarce local water sources, of small scale farmers who lose their harvests with increased frequency to prolonged drought and of women and children who spend much of their day in search of this vital liquid.

Despite this worrisome scenario, senior representatives of the National Association of Private Enterprise (ANEP), in a recent hearing with the Committee on Environment and Climate Change of the Legislative Assembly (and in public debates with this author), have insisted that the water crisis in El Salvador is a myth promoted by the governing party and its sympathizers to attain the urgent approval of a General Water Law. 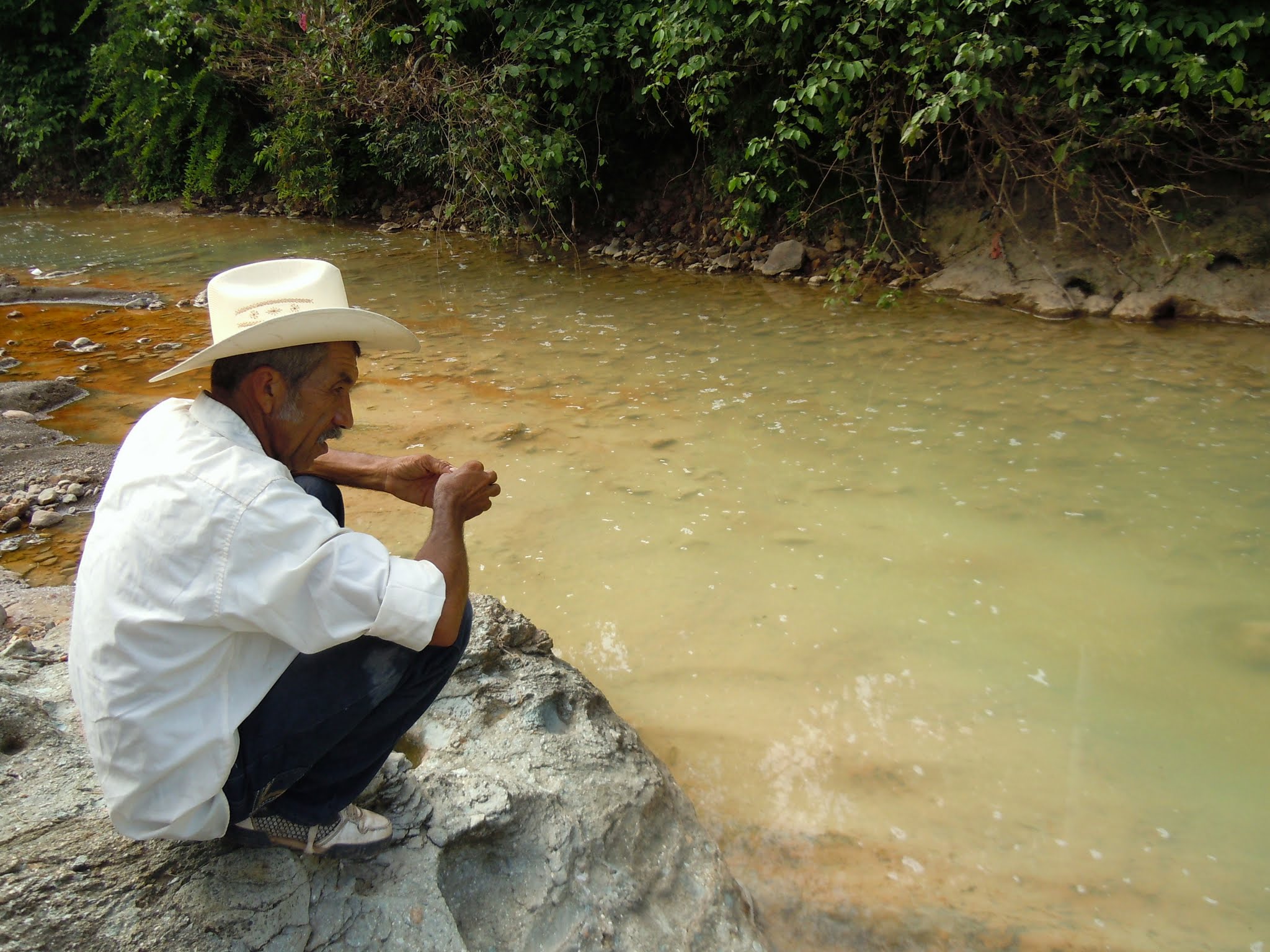 A local community member looks at the San Sebastian river contaminated by acid drainage left behind by US based Commerce Group mining. Photo: International Allies

From a business perspective, the position of ANEP has logic. Large scale enterprise in El Salvador has not suffered from water scarcity. It has not lived this nightmare. Rather, it has been, and continues to be, an important causal factor of the current water crisis through a model of development and urbanization based on the destruction of the environment, social exclusion and the accumulation of wealth for small elite groups at the cost of natural resources, especially water. A few examples:

Members of the National Alliance Against the Privatization of Water march towards the Legislative Assembly of El Salvador. Photo: P. Cabezas.

To protect the business interests of its membership, ANEP has insisted on private sector control of any institutional structure which might emerge for the management of water resources in El Salvador.  This has been a key obstacle in the effort to build good governance in the water sector over the past 12 years. As an alternative, a broad-based National Alliance Against the Privatization of Water, the National Water Forum, environmental groups, local water boards, the Catholic Church, the Jesuit-run Central American University José Simeón Cañas (UCA), protestant churches, the National University, the Office of the Human Rights Ombudsperson, and other key actors, argue that it would be illogical to put water in the hands of those who have contributed so much to the current crisis and insist that the regulation of water resources should be in the hands of the State (central government).

The debate on water in El Salvador is at a definitive moment, influenced by a complexity of economic, social, political, environmental, party and electoral interests. It is time now to recognize, in the highly polarized political environment of the country, that this issue, for El Salvador, is a national issue, of life and death, challenging us to find a new way of doing politics, to seek a more honest dialogue based on facts and realities, and to achieve consensus focused on the common good.

Andrés McKinley is a water and mining specialist at the José Simeón Cañas Central American University (UCA). He has a Master's degree in Health Administration and has been working on sustainable development issues in the US, Central America, South America and Africa for 50 years.