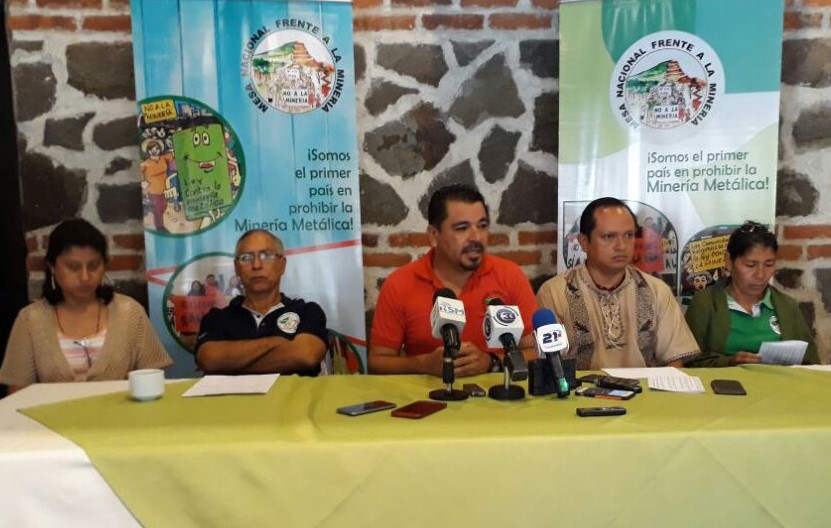 For many years El Salvador has faced serious environmental degradation provoked in its majority by industrial processes of big corporations.  In 2018 the panorama would have been even worse, if El Salvador had given into the pretensions of transnational mining companies to exploit gold and silver in the northern part of the country.

Given the environmental conditions that our country is facing and the current electoral scenario not all the political parties have presented a legislative program for the population, despite the fact that the legislative campaign has already began. In fact, politicians have remained silent asking for the citizen's vote while failing to commit to social, economic, public finances, and transparency issues.

The few political parties that have presented a legislative platform, may incorporate some environmental reforms such as the Water Law, Climate Change, Food Sovereignty, the Environment law and measures to rescue the Lempa river, but they contradict themselves when it comes to the economic approaches required to implement these reforms. For example, in regards to investments and the creation of employment, some proposals contemplate only to simplify paperwork for companies through several means such as repealing articles in legislation, or reforms to the Public-Private Partnership Laws to open the doors for further privatization.

The current legislature, which ends its term on May 1st, approved the Law of Prohibition of metallic mining in El Salvador last March, with 70 votes, after communities threatened by extractive industries led a fight for 12 years. However, a change in the political balance of  power in the new Legislative Assembly, could regress the long fight to protect the human rights to water, life and a healthy environment, especially if the new legislature moves to simplify business procedures for companies.

Despite the prohibition of metallic mining, OceanaGold remains active in Cabañas and the company could be favored by upcoming political change, or by possible legal reforms.

On March 4th, more than 5 millions of Salvadorans will go to the polls to elect 84 legislators, trusting that they will represent their most important demands such as: the constitutional reform of article 69th to establish water as a human right, a General Water law that favours public interest, to ensure the human right to life and a clean environment and prevent any kind of modification of the content of the Law of Prohibition of metallic mining, among other important actions.

In this electoral context, the National roundtable against Metallic Mining in El Salvador states:

I.  That the real environmental problems of El Salvador are not addressed as a priority in the electoral debate of the candidates to the Legislative Assembly for the period 2018-2021. As such, we condemn the limited importance they represent in the agenda of the political parties, despite the dire ecological situation that our country is experiencing.

II.  That the legislative platform presented by some political parties prioritize business elements to benefit the private sector, rather than the urgent and demands of the population of El Salvador.

To the Salvadoran population we ask:

III.  To take action in the upcoming the legislative elections, demanding that the candidates publicly present their proposals to address environmental issues, many of the candidates have yet to speak on the issues.

IV.  To analyze the legislative platform that some political parties have made public, demanding that the candidates legislate on the necessities of the Salvadoran population.

To the future legislators:

V. That they commit themselves to respect the Law of Prohibition of metallic mining in El Salvador, since it represents the will of Salvadorans

VI. To approve the General Water law as it has been proposed by communities and environmental organizations and to finally end a debate that has been in discussion by legislators for more than a decade. We also ask that the legislative assembly ratifies the human right to water.