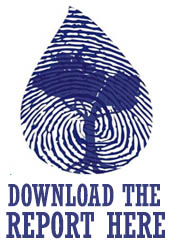 Ottawa – Canadian investments are coming between citizens of El Salvador and their water, says a new report. Authored by Meera Karunananthan of the Blue Planet Project and Susan Spronk of the University of Ottawa, the report highlights the tensions between El Salvador’s relationship with foreign investors and a thriving environmental movement that is promoting a bold new vision for the country’s freshwater scarcity crisis.

El Salvador refused to issue a permit for a gold mine to Vancouver-based Pacific Rim, the corporation decided to sue the government for over $300 million (U.S.). Pacific Rim has since been bought by Canadian-Australian firm Oceana Gold, which has taken over the lawsuit.

Due to strong public opposition, there is currently no metal mining in El Salvador and no permits have been issued for metal mining since 2008. There is overwhelming public support for a permanent ban as the Salvadoran legislature considers strict new rules to protect the country’s watersheds.

“Environmental coalitions and grass roots organizations have been working for the past decade to address the freshwater crisis in one of most water-stressed countries in the world,” said Meera Karunananthan, international water campaigner with the Blue Planet Project. “The alternatives they have proposed are currently being negotiated within the legislature, but are under threat because they lie in stark contrast to the interests of foreign investors and their political allies within the country.”

El Salvador’s Congress has already voted in favour of a constitutional amendment guaranteeing the right to water, but it must be ratified by a second consecutive legislature. The current legislature has until April 30 to complete the amendment process.

In addition a proposed new water law would protect watersheds by ensuring that environmental protection and the needs of local communities take precedence in water resource allocation strategies.

“What we are seeing in El Salvador is a battle for fresh water that pits foreign multinationals against local communities,” says Susan Spronk, associate professor in the School of International Development and Global Studies at the University of Ottawa. “If the environmental strategies outlined in this report are enacted, El Salvador could serve as a model for the rest of the world.”

The report, Water at the heart of El Salvador’s struggle against neoliberalism, is available for download in English and Spanish.