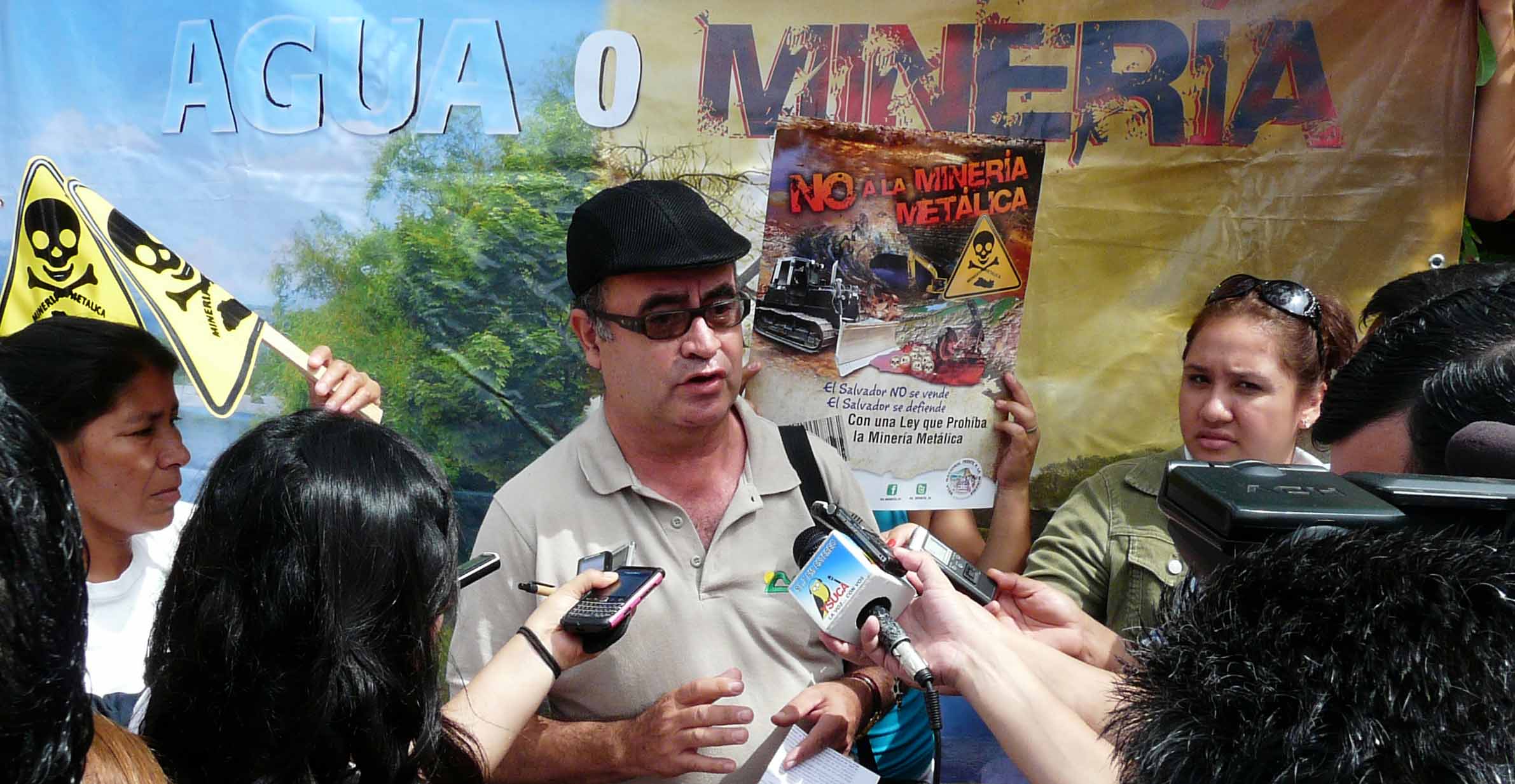 In commemoration of Global Day of Action Against Open Pit Mining the National Roundtable Against Metallic Mining, once again demand the Legislature of El Salvador to expedite and promote the discussion and adoption of the Law to ban metallic that our collective introduced in 2006.

Multiple scientific and technical studies have shown that metal mining is not compatible with the socio-environmental reality of our country, and it does not bring the substantial economic benefits mining corporations claim. Any economic gain is irrelevant compared to the negative impacts on health and the environment that toxic waste generated by the intensive use of heavy metals such as cyanide, mercury, etc. An example of this toxic legacy in El Salvador is the San Sebastian mine in La Union, where an abandoned mine has left a constant stream of toxic waste leaching from the mine; a community without water, contaminated soil, an unsecure food supply and high incidence disease.

This problem is not new, nor unique to El Salvador, for more than 500 years colonial powers and their subsequent republics have based their economy largely on the industrial extraction of non-renewable resources to meet the false race for industrial and technological development. Metal mining in El Salvador should be prohibited because it is an expression of an unjust and violent model of development that is affecting our region.

The current neo extractive development model is sanctioned by local governments and supported by a legal, political, and financial infrastructure that serves the interests of transnational corporations. It is no coincidence that current tax laws of El Salvador allow mining companies to keep 98% of their earnings; that investment laws and trade agreements have allowed companies, like Pacific Rim and Commerce Group, to sue the Salvadoran government for more than U.S. $ 415 million. It is no accident that until a week ago El Salvador, Guyana and Haiti were the only countries in the continent that allowed investors to bypass local legislation to sue the state under international corporate courts. The recent reform of Article 15 of the Investment Law, then, is merely a symbolic affirmation of the urgency to make comprehensive and profound changes to our trade and investment laws, yet our government continues to hastily sign on to more commercial treaties such as the Partnership Agreement with the European Union, the Partnership for Growth with the US, and is currently pursuing membership of the Pacific Alliance, which will only continue to institutionalize the commodification of life, sovereignty and dignity of the people.

In Central America the trend is alarming, recurring scenes of destruction and contamination throughout the region complement repression of local communities, displacement and forced migration in order to facilitate the activation of mega mining projects and hydroelectric dams. Today, July 22, Global Day of Action Against Open Pit Mining we express our solidarity with communities in resistance and anti-mining movements worldwide, at the same time we reiterate to the Salvadoran government that we still have the opportunity to prohibit all forms of metal mining and set an important precedent for the defense of water, the environmental and the safety of our people.

A ban on mining would certainly put an end to the violence against environmental defenders and at the same time can give greater legitimacy and moral force the Salvadoran government to require Guatemala and Honduras to suspend mining projects located at the borders. Projects such as the Cerro Blanco mine threatens to contaminate the Trifinio Biosphere Reserve- a shared environmental, economic and cultural region, as well as the Lempa River and Lake Guija which are strategic bodies of water for our survival.

For all the reasons above, we ask the Legislature of El Salvador, through the Environment and Climate Change Commission to launch immediately a process of discussion and approval of the draft Mining Act presented by The National Roundtable Against Metal Mining in December 2006.

Enact a law prohibiting and metal mining in our country now!