Free Trade Agreement with the European Union must be declared unconstitutional 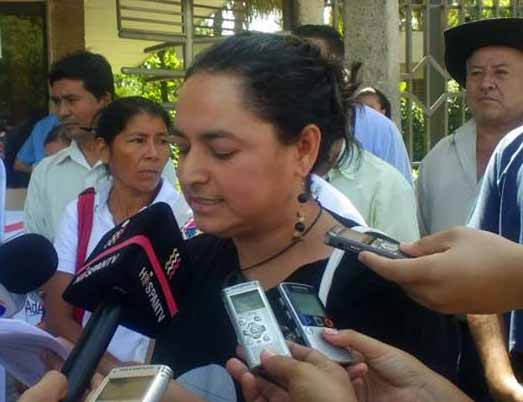 The National Roundtable Against Metallic Mining submitted a letter to the Constitutional Chamber of the Supreme Court of El Salvador to ask that the Free Trade Agreement with US, Central America and the Dominican Republic CAFTA-DR be declared unconstitutional.

In the letter, the National Roundtable Against Metallic Mining asked the members of the chamber to rule on three pending constitutional challenges that have been submitted since 2006. These constitutional challenges were accepted by the Supreme Court as they were considered to have valid constitutional arguments against the principles of "National Treatment" and "indirect expropriation" which require the state to give foreign firms the same benefits given to Salvadoran firms and defines any governmental action or inaction that harms potential investment earnings as an injury that allows foreign firms to sue El Salvador under international trade tribunals bypassing national justice mechanisms.

The constitutional challenge to CAFTA-DR cited by members of La Mesa was filed in January 2005 and was accepted by the Constitutional Court in March 2007, along with other challenges presented. At that time, the highest court of justice in the country considered valid fourteen of the thirty arguments outlined in the demands raised by the petitioners and it established a short timeline for the Executive and the Legislative Assembly to respond to these. Six years have passed and the Chamber has failed to rule on the matter.

According to the letter presented by La Mesa today, the recent ratification of the Association Agreement (ADA) with the European Union would be adding insult to injury as this treaty contains similar clauses that allow for the violations of constitutional rights as CAFTA-DR does. In that regards, memebrs of La Mesa also requested the chamber to expedite the process of analysis, discussion and deliberation of the various arguments accepted as valid to declare the unconstitutionality of CAFTA-DR and asked that a resolution be issued in a timely manner.

The importance of issuing a decision is highlighted by members of La Mesa because it would close the door to more lawsuits from foreign corporations such as US based Commerce Group which is suing El Salvador for US$100 million; and Canada based Pacific Rim which claimed a payment of $315 million alleging violations under CAFTA-DR and now is suing the country under local investment laws.