Ostúa River contaminated with lead and arsenic from Cerro Blanco mine 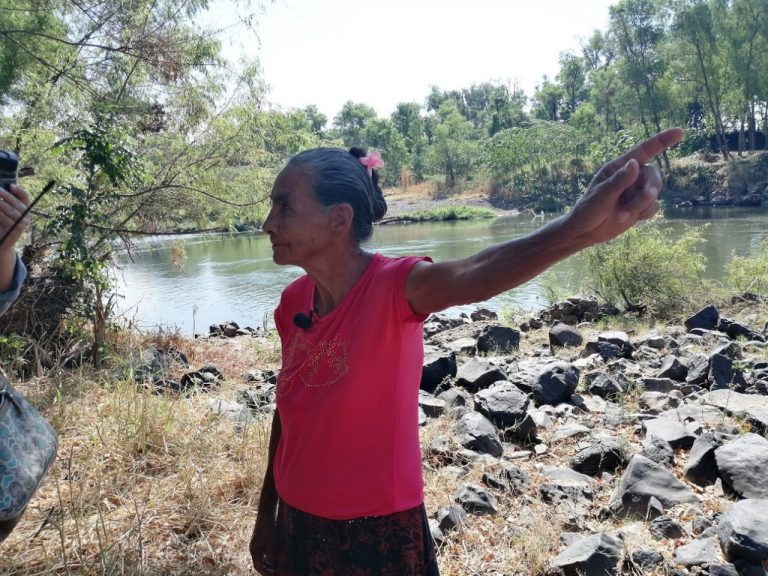 The Cerro Blanco mine is located just 15 kilometres from the border with El Salvador, in the municipality of Asunción Mita in the department of Jutiapa, Guatemala. Since 2006, the project has posed a threat for El Salvador as several border towns may be impacted by the contamination released due to their location at just at 6 kilometers away.

The Ostúa River starts in Asunción Mita, and carries the contamination from the mine into Lake Güija, confirmed Cidia Cortés, a biologist and researcher with the National Roundtable Against Metallic Mining in El Salvador.

The findings of the study ‘The impact of the Cerro Blanco cross-border mine on water and health of El Salvador’, also determined that contamination from the mine could potentially affect half a million Salvadorans if it reaches the Lempa River, the most important fresh water supply for Salvadorans.

"We have found that lead exceeds international water quality standards. This is already an existing danger for the aquatic life of rivers. Arsenic is already discharged from the mine and this contamination is strongly linked to diseases such as cancer, kidney failure. Moreover, in a study conducted by Mexican scientists, it was discovered that arsenic also has a strong link with type two diabetes," explained Cortés.

Impacts on biodiversity, water pollution and negative effects on the human health of populations, are some effects of metal mining.

Concerns about the impact of the Cerro Blanco mine on Salvadorans led the National Roundtable against Metallic Mining to review statistics from the National Hospital of Metapán. The data showed that chronic diseases such as cancer, kidney failure and diabetes have skyrocketed among the inhabitants of communities bordering Guatemala. The death records of the inhabitants of those communities indicated that people are dying of the above-mentioned chronic diseases.

The last sediment test carried out in the Ostúa River in 2018 showed a high content of arsenic in the water. The content has tripled between 2009 and 2018.

The inhabitants of the communities near the river have, overtime, decreased the consumption of water from the lake. However, many do not have an alternative. This is the case of Ángela Cisneros, a resident of the La Portada community, who is 70 years old and has lived in the area for the past 40 years. She still remembers when the water in the Ostúa river was crystalline: "Before, the water was clear and it did not look the way it does now... This is the result of the mine that is being built," she stated. Now, the water from the Ostúa River has a greenish color due to contamination, but many, like Angela, continue to use its waters for bathing and laundry.

Water pollution due to heavy metals forced some inhabitants of the areas bordering Guatemala to search for water in nearby communities. Lack of drinking water sometimes forces the purchase of bottled drinking water, which in turn generates additional costs for poor communities.

A few meters from the river is the house of Edwin Cisneros, who has lived for the last 38 years in his farm house in La Portada. However, living near the river does not guarantee a water supply. Edwin was born in La Portada, and he has witnessed what the inhabitants of the communities of Ostúa, Bonanza and La Portada in Metapán experience in order to get water.

"When you drink the water it feels quite heavy. I have tried it a few times," expressed Edwin, who added that now they have to buy the water. If they do not buy it, they have to get drinking water from somewhere far.

The Cerro Blanco mine began its operations in 2007. A project by Entremares S.A., a subsidiary of Goldcorp Inc. It was considered the second largest deposit of gold and silver in Guatemala, but the works in the mine were suspended in 2012, supposedly because the company preferred to wait for the improvement of gold prizes in the international market. Still, these reasons raised several doubts among the Guatemalan population.

Guatemalan environmentalists believe that the closure of the Cerro Blanco mine was due to technical failures caused by flooding of thermal waters the tunnel. This would indicate that the geographic area is connected and not an independent micro basin as the results of the Environmental Impact Studies presented by the company and used to approve the mining permits claim. According to environmental organizations the permits granted by the Guatemalan Ministry of the Environment lack an exhaustive investigation into the true impacts of mining activity in the area.

These setbacks could be the main reason why in 2017 Goldcorp Inc sold 100% of the mining project to Canadian company Bluestone Resources. According to biologist Cidia Cortés, this Bluestone intends to start mining in early 2020 which would have serious impacts for El Salvador. Cortés assures that the company is poised to exploit gold and silver in an area of 20 square kilometres. Within those 20 kilometres, 5 there contain underground thermal waters.

"There are statements from these communities, living on the border of Guatemala, who are already observing the exit of cargo vehicles with stone material. It is possible that this stone material is the rock that contains the gold and that is being processed elsewhere," the biologist explained.

The contamination of the Ostúa river could increase, since the mining company, for a decade, has extracted 297,840 barrels of geothermal water that is dumped on the Ostúa river. Starting in 2020, water extraction will increase. This could mean an environmental catastrophe due to serious water pollution and health problems.

The mine will also dry up water sources in the area, making it more difficult for local communities to obtain goods quality water.

One of the concerns for local residents of the community of Pita Floja, im Metapan, is that their main source of water will dry up. Currently, they obtain approximately 6 liters of water per second. In 2019, for the first time, the fountain dried up for 4 months due to lack of rain. The drought could come permanently, not only as a consequence of the effects of climate change, but as a consequence of the Cerro Blanco Mine, which is 7 kilometers from the village of Pita Floja.

Jeremías Orellana, a resident of the area, said that the water shortage is already perceived, although he, like other inhabitants, is not fully understanding the consequences that the mine will bring for the 200 families living in Pita Floja.

According to Cidia Cortés, former ANDA president Marco Fortín was aware of the possible effects of the Cerro Blanco mine on the water supply, but did not give adequate importance to the issue. Only the Office of the Ombudsman for Human Rights showed interest. For its part, the Foreign Ministry of El Salvador granted a meeting in late 2018 to learn about the subject. However, further actions did not go beyond the mere meeting.

For Cortes, the current government must take up the issue and lobby the Guatemalan Government for  the closure of the mine. In addition, it should promote a regional agreement to avoid the spread of  cross border contamination, since the Law Prohibiting Metal Mining in El Salvador (approved on March 2017) is only applicable on the national territory.

The researcher and environmentalist believes that the current Government is overlooking the threat of the Cerro Blanco mine to El Salvador.