Guatemalan Mine Threatens the Lempa River

Guatemalan Mine Threatens the Lempa River

The Lempa River is the main source of surface water in El Salvador and provides drinking water for over 60% of the entire population, including the city of San Salvador.  Recently, the Guatemalan government approved the permits for the Cerro Blanco mine: a mine is located a short 14 km from the main source of the Lempa, the Guija Lake.  The Guija Lake is a natural border between Guatemala and El Salvador and part of 1,500 km of protected UN Biosphere Reserve that encompassed parts of Guatemala, El Salvador and Honduras.

The Guija Lake is not only the major water source for the Lempa River, but also an important source of income for at least 11 communities of subsistence fishermen that live on the El Salvador side of the lake.  Some experts estimate that thousands of Salvadorans the main source of income for would be affected if the lake is contaminated.

This situation led the Salvadoran Vice President, Salvador Sanchez Cerén, to criticize the Guatemalan government in July saying “this cannot be polluted, it’s a region where we are three countries, its protection is fundamental.”  Guatemalan President Otto Perez responded to the statement by claiming there has not been any contamination in the area because there are no active mines.  What he did not mention was that the construction stage of the Cerro Blanco mine is underway and as part of that process the mining company is pumping and disposing of geothermal water found at the mining site, which could have a damaging effect on the environment if the water is not processed correctly.

Entre Mares, a subsidiary of the Canadian gold mining giant Gold Corp., owns the Cerro Blanco mine.  Gold Corp has been strongly criticized throughout Latin America for the environmental destruction, health problems and social conflict created by its mines.

This month, a review of the mine’s Environmental Impact Study, done by mining and environmental engineer Robert Robinson, found an alarming number of potentially dangerous problems with the  proposed mine.  One of the main conclusions of Robinson’s review was:  “The presence of very toxic arsenic in the soil, rock, surface water, and groundwater. Mining will likely increase the toxic concentrations of arsenic.”

His review also outlines the inadequacies in the Environmental Impact Study including lack of information, lack of planning and structures to mitigate potential environmental effects, as well as inadequate planning for contaminated water treatment.  Robinson criticizes that the study “may seriously understate the possible risks of acid-generating rock,” which is the main source of pollution in the San Sebastian mining in El Salvador, as well as the time it will require to close the mine.  He finishes by pointing out that after taxes, royalties and investment Gold Corp will take 74% of the profits of the Cerro Blanco mine out of the country.

Robinson very clearly states that “given the toxic arsenic (plus other toxic metals) and the inadequate EIA, the proposed Cerro Blanco mine should not be granted an exploitation license” and that “the high arsenic risks and inadequate EIA seem little incentive to approve a mine that leaves little economic gain for Guatemala.“

For more details see the complete English version of Robinson’s review (or the Spanish version). 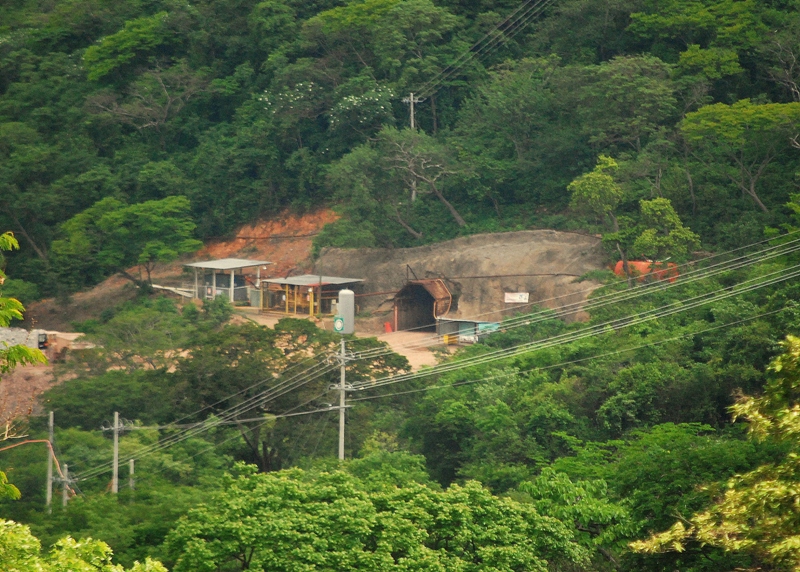