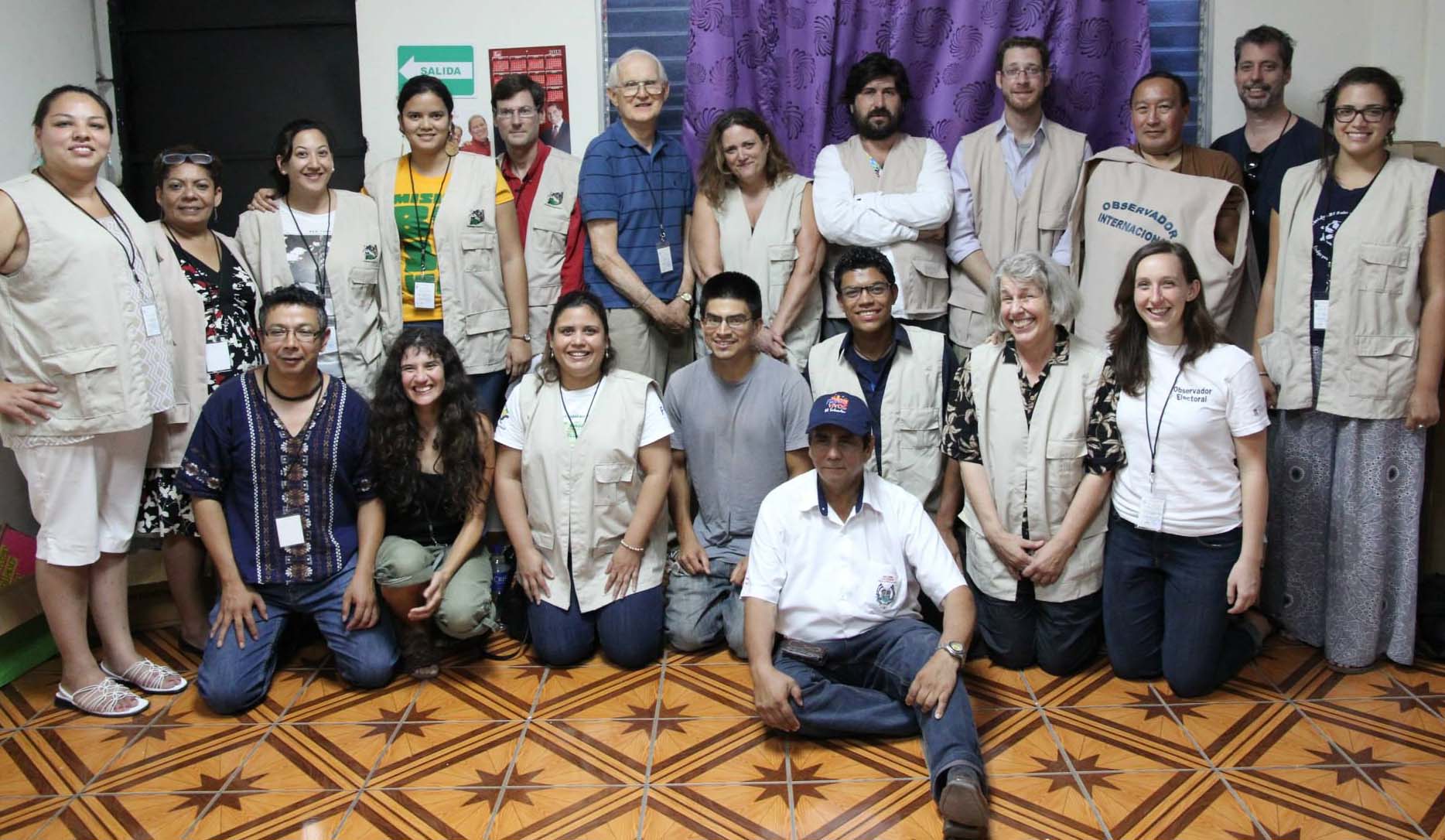 We, the International Observer Delegation, comprising of 15 representatives from North, Central, South America and New Zealand, acknowledge the results of the municipality of San Jose Las Flores community consultation on mining.

The community referendum was highly organized and a good example of transparency and accountability. As observers, we witnessed the community members running an effective electoral process and practice due diligence. They provided the necessary information and assistance required by community members who wished to cast a vote.

The international observer delegation would also like to acknowledge the efforts by the rest of the community who ensured that all basics needs were met in order to raise the standards of the community consultation. Their contributions are reflected in the success of this highly-democratic process.

In this historic day, Mayor Felipe Tobar revealed that the community members of San Jose Las Flores voted overwhelmingly to say no to mining throughout their territory. 99% of those who voted, express clearly their wish to become a Territory Free of Mining.

We support the people from Chalatenango and El Salvador, as they exercise their decision making by a participatory democratic process, and wish them continued success in this inspiring community-led endeavor.