Over the years, the mining industry has taken advantage of dictatorship, disasters, and a variety of distractions to expand operations in Latin America. In the time of Covid-19, with entire populations under lockdown and economies falling apart, mining companies have also hopped on the pandemic profiteering bandwagon.

The potential implications are wide-reaching. In Latin America, the areas of interest to mining companies whether they are exploring or digging for gold, silver, copper, iron-ore, and other minerals can extend to vast areas of entire countries. Their activities also affect important ecosystems. These include high-altitude wetlands and glacier systems in the Andes, which are crucial sources of water for millions of people. Mining companies also have their sights set on the Amazon basin, the health and integrity of which is crucial to the future of all. The principle obstacle standing in their way to unfettered extraction have been local communities and Indigenous peoples unwilling to accept the destruction of their land, water and ways of life.

Since the Covid-19 pandemic began, however, governments in country after country have declared mining an essential activity or responded to industry pressure to do so after a brief shutdown. As a result, not only have mine sites become a vector for the spread of the coronavirus into rural areas and vulnerable territories, but land and water protectors on lockdown — who’ve been fighting to protect community health and water from negative mining impacts — are facing new threats.

These trends are laid out in a global solidarity statement released June 2 and signed by over 300 organizations worldwide. The Institute for Policy Studies contributed to a snapshot report, Voices from the Ground, which provides examples to back up the statement.

Mining activities in various forms have become a vector for Covid-19 spread. The biggest mining fair in the world is one of these. Held every year in Toronto in early March, this event is put on by the the Prospectors and Developers Association of Canada and draws tens of thousands of people from around the world. This year, the event went ahead despite criticisms only a week before the World Health Organization characterized Covid-19 as a pandemic. As anticipated, several attendees of “the Coronavirus Convention,” as it was dubbed by one mining analyst, subsequently tested positive with Covid-19. In the southern Ecuadorian Amazon, the event may have contributed to an outbreak in Indigenous Shuar territory.

Several Shuar community members traveled to Toronto upon invitation of Canadian mining company Solaris Copper, which rounded up a delegation to demonstrate to investors that it has local support for its Warintza copper project. The trip was highly controversial. The Shuar Arutam People’s Assembly, the representative organization of these Shuar communities, has roundly rejected any mining in their territory and publicly denounced the delegation’s visit to Toronto.

Even worse, upon return, two close relatives of the Shuar convention attendees died from COVID-like symptoms and another eight showed symptoms. However, when the Shuar Assembly called on local authorities to carry out testing, the provincial governor publicly sided with the company to absolve it of responsibility and to discredit the Shuar People’s elected leadership instead.

As documented in Voices from the Ground, other mineral exploration companies have also taken advantage of the pandemic to try to push forward with unwanted activities, including in other parts of Ecuador, Argentina, Mexico, the Philippines, and Northern Ireland. This poses a risk to people’s health not only from the spread of Covid-19, but also from the violence that tends to be used to impose unwanted projects and from potential impacts on water, land and air from future mining operations.

When it comes to operating mines, close to 4,000 workers have been publicly reported as testing positive for Covid-19 with 10 reported deaths at around 60 mine sites in 18 countries. This is a relatively small sample of operating mines. Lack of testing, as well as limited public reporting and oversight, mean actual numbers could be far higher.

In Panama, First Quantum Minerals continued operations at its massive Cobre Panama open-pit copper mine after workers started testing positive in late March and even after a worker died in early April. A day after this death, health authorities ordered the company to shut down, but it was already too late. Over 800 workers were evacuated in mid-April and over 100 tested positive for Covid-19. To date, five of their workers have reportedly died from the virus.

Outbreaks at mine sites also raise fears that the virus will spread among local populations. Communities living near mines often suffer from respiratory illness or other health impacts from exposure to noise, toxic dust, water loss, and water or soil contamination, increasing their vulnerability to infection. They often lack basic services and may be battling other diseases related to impoverishment and isolation, such as tuberculosis. While this connection has yet to be well investigated, we identified seven cases in which nearly 250 community members tested positive for Covid-19 and four died.

All over the world, people’s battles to prevent big gold, silver, or iron-ore mines from destroying their sources of water, land, and homes almost always involve people putting their bodies on the line. People need to mobilize to stand guard over a mine site fence, to keep watch over a forest at risk of being cut down, or to demonstrate in front of court, government offices, or in city streets to be seen and heard. Even before the pandemic, the lives of water and land protectors have been increasingly at risk from legal persecution or physical and psychological violence. With increased social control of entire populations during the pandemic, the risks are even greater as people’s movements are contained and as companies and governments continue to make power grabs.

In Honduras, the dictatorial government of President Juan Orlando Hernández, which has been widely discredited by corruption and links to drug trafficking, has imposed a severe lockdown since March 15. This includes a 24-hour curfew and suspension of basic rights, including freedom of expression and assembly, with military and police enforcement.

Across the country, communities have organized to put up their own checkpoints to control who can enter, given their lack of trust in the government’s ability to contain the pandemic. These include communities resisting mining and other extractive projects, who have faced particularly intense forms of harassment and repression from police and military, exacerbating territorial conflicts. Meanwhile, human rights and environmental organizations are unable to accompany them or to properly verify and register complaints.

In addition, eight water defenders are being held in illegal pre-trial detention and face additional threats to their health and lives. These men have been held in prison since September 2019 on false accusations for their resistance to an open-pit iron-ore mine in the municipality of Tocoa, owned by Honduran company Pinares Investment. Despite multiple appeals, their lawyers have received no response. Meanwhile, their families are not allowed to visit and there are severe water shortages in the prisons.

In response to the pandemic, Pinares Investment has distributed some basic supplies to families in Tocoa. Like many other mining companies around the world that have made similar charitable donations, Pinares is trying to cover up its dirty track record and soften up local opposition. In 2019, an open council meeting in Tocoa passed a resolution opposing mining. While the company trumpets its handouts, it has also sustained a defamation campaign against water defenders to divide communities and undermine the work of local organizations, like the San Alonzo Rodríguez Foundation. 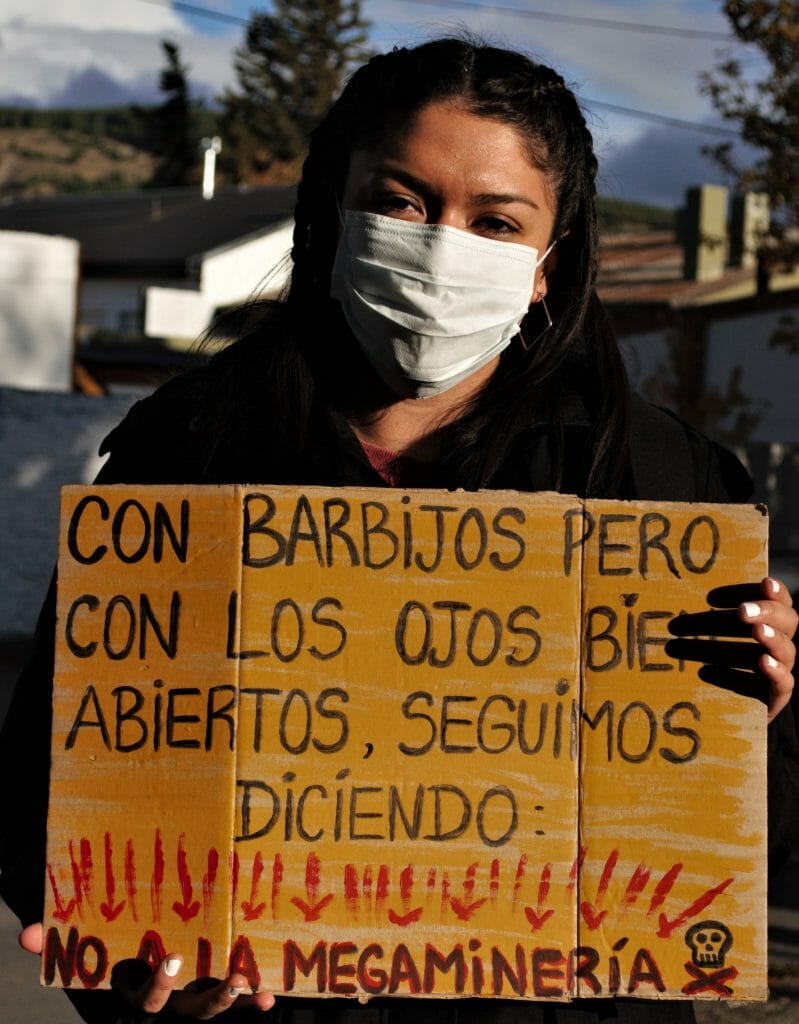 What is truly essential

Mining-affected people are up against multiple pandemics — health, economic, violence, militarization, and corporate capture. These are all getting worse as the Covid-19 pandemic intersects with the predatory mining industry in Latin America and other parts of the world.

The same attributes that have enabled communities to fight uphill battles against mining harms year after year — like organizing to control entry to their territory, producing much of their own food, practicing mutual aid, and valuing traditional and preventative health practices — are their best defense right now. The risks they face were already high, however, and are only escalating further as the mining industry is being repositioned as a so-called essential industry and a vehicle for economic stimulus and recovery.

For-profit mining corporations will not deliver a future for the Global South that ensures good food, clean air and water, healthy communities, and planetary survival. However, the health-centered struggles and collective approaches of mining-affected communities and Indigenous peoples can help us refocus on what is truly essential toward a healthier future for all.

Jen Moore is an Associate Fellow of the Institute for Policy Studies. This article is based on Voices from the Ground: How the Global Mining Industry is Profiting from the Covid-19 Pandemic, with contributions from Earthworks (USA), the Institute for Policy Studies (USA), London Mining Network (UK), MiningWatch Canada, Terra Justa, War on Want (UK), and Yes to Life No to Mining.