Honouring the struggle of Mariano Abarca and Environment Defenders in Chiapas 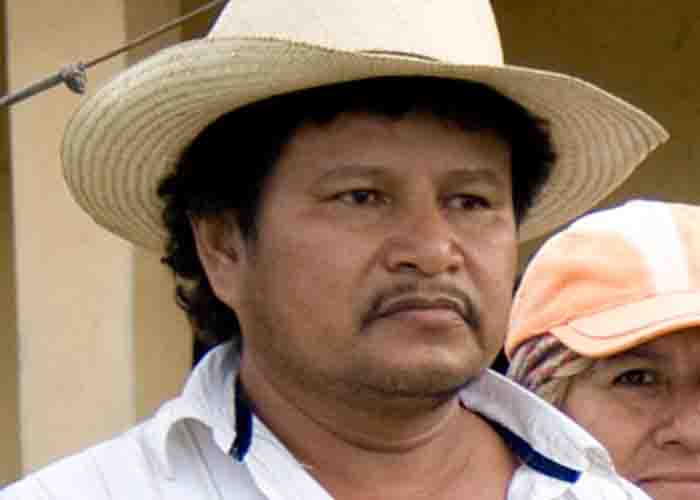 On November 27, 2019, the life and struggle of Mariano Abarca were honored with the presentation of the first award for environmental defense in Chiapas to be presented in his name. His brother, widow and four children with their children were all present for the event in San Cristóbal de las Casas. Thirty-two national and international organizations lent their support to the occasion, including Otros Mundos Chiapas that has accompanied the Abarca family all of these years and the Mexican Network of Mining Affected People (REMA by its initials in Spanish), which Mariano helped found.

Ten years ago, near the southern border of Mexico with Guatemala in Chicomuselo, Chiapas, Mariano Abarca was shot dead in broad daylight outside of his family restaurant. It was November 27, 2009 and Mariano had been leading a local fight against water contamination and social divisions arising from a nearby barite mine operated by Canadian company Blackfire Exploration. He had been facing threats from people working for the company and, just a few months prior to his murder, plain-clothes police detained him without charge for eight days in response to outlandish accusations that Blackfire filed against him. All of the suspects in his murder have some link to the company, but the case remains open and no one is in jail.

“We didn’t bury Mariano, we planted him and we continue the fight,” remarked Gustavo Castro from Otros Mundos Chiapas in his opening remarks. “That painful moment has become the wind that gives us strength... What better way to celebrate his life as part of social movements, than by honoring his presence in them, in their daily struggle to make this world a better place for all.”

The Movement in Defense of Life and Territory (MODEVITE by its initials in Spanish) received the first Mariano Abarca award for environmental defense. MODEVITE has a presence in eleven municipalities, organizing with Tzeltal, Tzotzil and Ch’ol Indigenous peoples from the highlands and lowlands of Chiapas who are part of the Catholic Dioceses of San Cristóbal de las Casas.

MODEVITE has been fighting to stave off construction of a mega-highway to stimulate tourism from San Cristóbal to Palenque, given that it would dispossess communities of their land and principally benefit big business. Their resistance has so far forced the state to back down and propose instead to widen an existing route, which MODEVITE is still contesting. MODEVITE members are also fighting against other threats, including mining and militarization, while they organize Indigenous community governments in their communities. For their efforts to organize at the community level, they have faced defamation, criminalization, arbitrary detention, physical threats from armed groups and forced displacement.

Internationally, in the ongoing fight for justice for Mariano’s murder, the Abarca family, Otros Mundos Chiapas, REMA and Canadian organization MiningWatch Canada are breaking new ground in Canadian Federal Court. They hope to achieve an investigation into the acts and omissions of the Canadian embassy in Mexico that was working on behalf of Blackfire Exploration at the time of Mariano’s murder, and which they believe put Mariano’s life at greater risk. A hearing is anticipated within the first half of 2020 in this case. Concurrently, a complaint is gradually proceeding before the Inter-American Commission on Human Rights against Mexico for the criminalization and murder of Mariano, as well as impunity in his case.

At the close of the ceremony in San Cristóbal on November 27, Mariano’s daughter Dora reflected that keeping up the fight all these years has not been easy: “It’s been ten years and it’s been very sad, but when I ask myself if it was worth it that my dad gave his life for so many people, the answer is yes. It’s yes because I can see many people here who see things differently and who are doing things differently.”

Ten years since Mariano was murdered, there are even more proposed mega-projects in Chiapas, more resistances of Indigenous, campesino and urban communities battling dispossession and displacement, more armed groups threatening their territories and more militarization with which to repress them. In this context, it could not be more timely to honour Mariano’s memory and all those in Chiapas who put everything on the line everyday to ensure clean water, land to cultivate and well-organized, self-determining communities for decades to come.