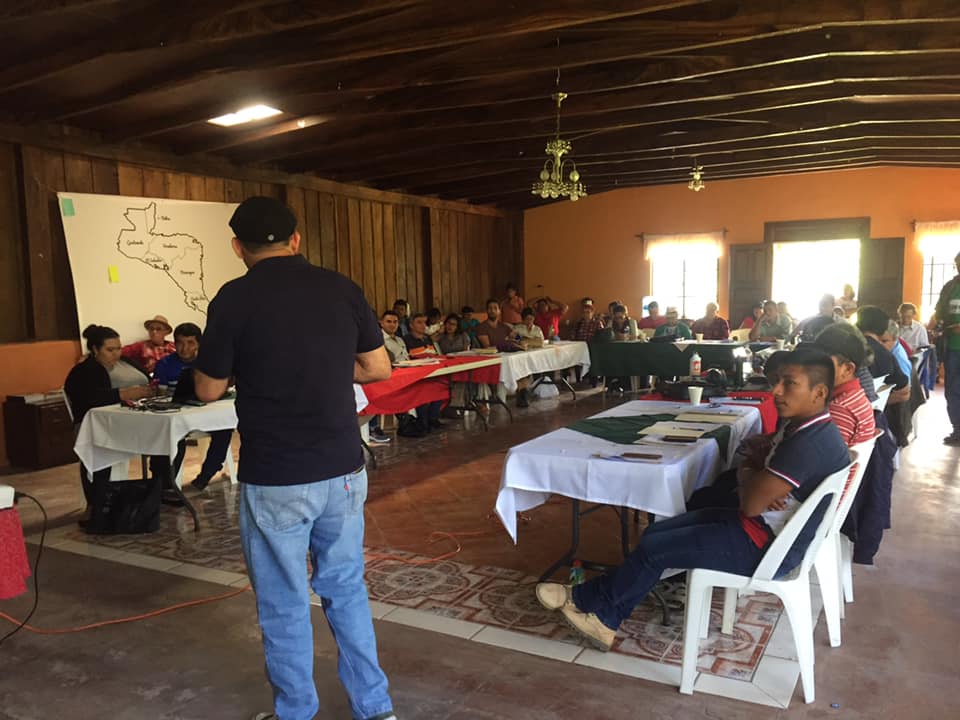 The theme addressed during the meeting has been "Criminalization of environmental defenders of the movements of the Central American region". The meeting was carried out in the municipality of Ataco in the department of Ahuachapán, El Salvador, on the 13th to the 15th of November, 2019.

For years, defenders belonging to the alliance have raised concerns about the impacts of the mining industry that violate multiple human rights and cause irreversible damage to natural assets, mainly water sources, a vital resource to guarantee the sustainable development of people.

Despite the efforts of hundreds of communities and social organizations that defend the environment, the regional political situation of Central America reveals a continuous weakening of the institutions that guarantee the rights of the population and a systematic pattern of violence and criminalization against environmental defenders.

An alarming sign of this trend is represented by the correlation between militarization, criminalization and the increase in foreign investment, particularly in the mining, hydroelectric energy production, and agro-industry sectors. According to reports from the Global Witness organization, these sectors remain the deadliest in the world for environmental defenders and Central America is one of the regions most affected by extractivism.

In addition to direct criminalization against organizations and social leaders, governments have progressively restricted the margins of action of civil society in the exercise of their rights, through the creation of “anti-terrorism” laws. In the name of security and the fight against drug trafficking, human rights defenders have been unfairly criminalized.

This context of violence for those who protect the land and the life of the peoples generates the need to open spaces for interaction, dialogue, and planning in order to seek defense mechanisms and strategies to fight against extractive projects. In this context, the Fifth Regional Meeting seeks to: