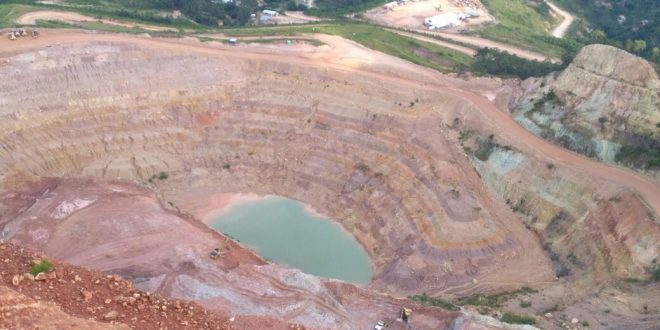 Manuel Pérez Rocha, fellow from the Institute for Policy Studies (IPS), participated in the Regional Meeting of the Central American Alliance Against Mining. His talk focused on the advances of corporate rights, which through legal instruments such as free trade and investments agreements are strengthening the power of multinational corporations – TNCs, and undermining the sovereignty of the countries of Latin America."There is currently a strong debate about agreements that give TNCs what is left of our public services. These agreements have been negotiated by many Latin American countries", he said.

The threats of trade agreements, Pérez Rocha explained, is the consolidation of the power of TNCs while endangering the preservation of the environment due to the extraction of natural resources."Currently, most Latin American countries are being threatened by multimillion-dollar lawsuits. This explosive amount is the result of the enforcement of certain rules that favor corporations at the expense of the public interest or the environment. This shows the harmful effect that corporations have over states through international trade agreements” he said.According to Pérez Rocha, the international trade legal system increasingly recognizes these companies as "omnipotent and holders of supranational rights". This condition generates abuses in national justice systems and this abuse trickles down to the populations."The case of Pacific Rim (Oceana Gold) Vs El Salvador is symbolic. In fact, thanks to the action and the determination of the Salvadoran people, and also thanks to the international alliances, the country managed to put pressure on the ICSID tribunal so that the ruling of the case would be favorable to El Salvador. These investment or free trade treaties threaten the stability of states and human rights", he added.Ecuador represents an emblematic case in this context. The country is currently being forced to pay more than 2 billion dollars only to two extractive companies. These companies, openly defy public policies that preserve the environment and the rights of the local communities."A report from the Institute for Policy Studies in Washington, shows the geographical distribution of claims worth billions of dollars presented to date. 29% of these demands are against Central and South America countries; not including Mexico” .“If we make a comparison, North America has received 4% and Western Europe 8% of the claims: the richest countries receive the lowest amount of demands. This constitutes an instrument of power for corporations based in large financial centers", he argued.The pending demands filed by mining TNCs against Latin American countries, explained the researcher, reach the amount of 18 billion dollars, which he considered a stratospheric figure. This money could be used instead to improve education, health and public services systems, and thus foster human development for the people of the region."What we have to do is change the current system where investment claims are one-way and benefit only corporations… what we propose is to generate a dialogue on International Investment Agreements to overcome the impunity of Multinational Corporations, in favor of the public interest", he said.Another important step is to strengthen the preeminence of human rights above investors rights; to establish obligations and responsibilities that guarantee States the space to implement public policies, promote economic development and have an alternative dispute resolution system that would be open to all the parties of one dispute."Internationally, we invite you to join the Campaign to Dismantle Corporate Power. We are a coalition of more than 200 social movements, organizations and popular actions, and specific campaigns targeting companies that are active in different countries. We have this regionally-based strategy to exchange information, experiences and debates. Thus, our campaign works as a broader space where solidarity is deepened along with the support for different struggles against the abuse and impunity by corporations.“We must create a political framework that gives visibility and protection to respective social resistance movements, and that is the aim of the campaign, as well as make progress towards a binding Business and Human Rights Treaty at the UN level" he stated.