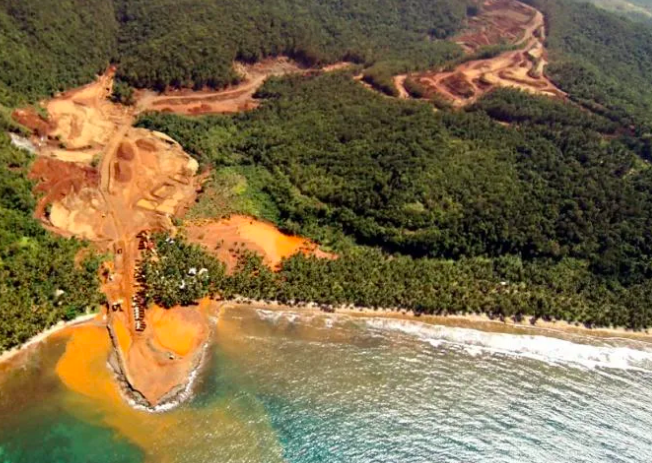 Philippine President Rodrigo Duterte officially lifted a nine-year ban on new mining projects Thursday, in a controversial move aimed at boosting state revenue and spurring investment in the country's coronavirus-devastated economy. The mining industry has stagnated since 2012 when Duterte's predecessor, Benigno Aquino, imposed a moratorium on new projects following public backlash over a series of devastating mining accidents. The executive order released Thursday was welcomed by the mining sector -- but green groups branded the decision "outrageous" and warned it could lead to more environmental disasters.

Duterte -- who had previously threatened to shut down the mining sector completely -- is facing growing criticism over his handling of the pandemic that has crippled the economy and thrown millions out of work.

The Philippines is one of the world's biggest suppliers of nickel ore and is also rich in copper and gold, but Duterte said less than five percent of the country's mineral reserves had been tapped.

He said the mining industry could bring "significant economic benefits to the country" by supporting the government's "Build, Build, Build" infrastructure programme and creating jobs.

The Chamber of Mines of the Philippines said the removal of the "policy roadblock" would encourage local and foreign investment.

Mining projects "will provide additional government revenues in the form of taxes and fees, royalty fees, and increase in export value, as well as employment opportunities for thousands of Filipinos," the chamber said.

In the executive order, Duterte said additional rules and regulations were now in place to boost environmental safeguards.

But Greenpeace country director Lea Guerrero said the lifting of the moratorium was "outrageous".

"Mining and extractive activities in the country have led to the marginalization and oppression of communities and indigenous peoples, as well as pollution and the destruction of the environment," Guerrero said in a statement.

Kalikasan People's Network for the Environment said the decision was "a disaster upon disaster because the Mining Act of 1995 is still in place."

"We cannot allow this deluge of destructive large-scale mining when communities are still suffering from the converging pandemic and climate crises," national coordinator Leon Dulce said.