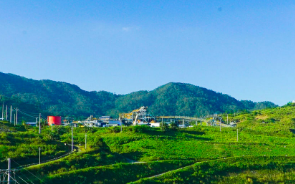 Nueva Vizcaya Governor Carlos Padilla reiterated his province’s opposition to the mining operations of Oceanagold Philippines Inc. (OGPI) and FCF Minerals Inc., telling President Rodrigo Duterte he should not renew the contract of the firms to run the Didipio and Runruno mines here.
In a letter to the President dated Dec. 9, 2020 and co-signed by Bayombong Catholic Bishop Jose Elmer Mangalinao and Bishop Joseph Agpaoa of the United Church of Christ in the Philippines North Luzon Jurisdiction, Padilla asked the President not to renew the Financial or Technical Assistance Agreement (FTAA) of the government with OceanaGold.

The governor said the floods that devastated northern Luzon last December were partly because the watersheds of the Cagayan River in Nueva Vizcaya were being mined by both firms, and “the mining tenement of OGPI is right at the very center” of the watershed area.
OGPI has been contracted by the national government to operate the Didipio gold and copper project in Kasibu town, while FCF was also contracted to operate the Runruno gold-molybdenum project in Quezon town, both under a 25-year FTAA.
Padilla’s letter also reviews the many environmental and human rights abuses associated with the mining projects, including “loss of forests, agricultural lands, biodiversity, surface and ground water, peaceful co-existence among communities and loss of lives and properties due to flooding” which he said “far outweighs the benefits derived from mining.” Brenda Jocson
These “harms” underpinned the Governor’s plea to President Duterte: “Continuous operation of OPGI …endangers the lives of the community… please heed our appeal. NO TO RENEWAL OF OGPI FTAA [the 25-year Financial or Technical Assistance Agreement].”
In his letter to Duterte, Padilla expressed his apprehensions against the continued mining, which included, among others, that Barangay Didipio and Barangay Runruno are sub-watersheds of the Cagayan River and that these are “critical watersheds,” which need protection.
“Continuous operation of OGPI and FCF endangers the lives of the community,” he said.
Padilla cited the declaration made by the National Economic and Development Authority that Nueva Vizcaya is a “watershed haven and agroforestry hub,” which makes the province the “life support system” of Region 2 (Cagayan Valley) and neighboring areas.
“Our watersheds supply water both for irrigation services and hydroelectric power,” he said.
Appealing for the nonrenewal of the OGPI FTAA, Padilla said the expansion of the company’s mining operation would endanger the unexplored areas and that it may affect some famous tourist destinations in the mineral- and agriculture-rich upland town of Kasibu.

The governor also cited the MGB Geohazard Map, published in 2012, indicating that Nueva Vizcaya is “highly susceptible” to landslides.
According to Padilla, the MGB in 2011 has also listed the province as No. 3 among the 10 landslide-prone provinces in the Philippines.
OGPI, however, said the FTAA renewal has the “strong endorsement of the residents in the local communities in and around the Didipio Mine including other Indigenous Peoples in the area.”
“The company looks forward to the continued engagement with the national government with the goal of finalizing the FTAA renewal,” OceanaGold said in a statement.
It also added that “as a contractor of the Philippine government and a responsible multinational miner, the company is ready and waiting to restart the Didipio operations and to continue contributing to the Philippines’ post-Covid-19 recovery.”
Due to the June 10, 2019 expiration of the initial validity of the 25-year FTAA, OGPI has suspended the company’s operation for more than a year now and has been working with the national government for its renewal possibly for another 25 years.