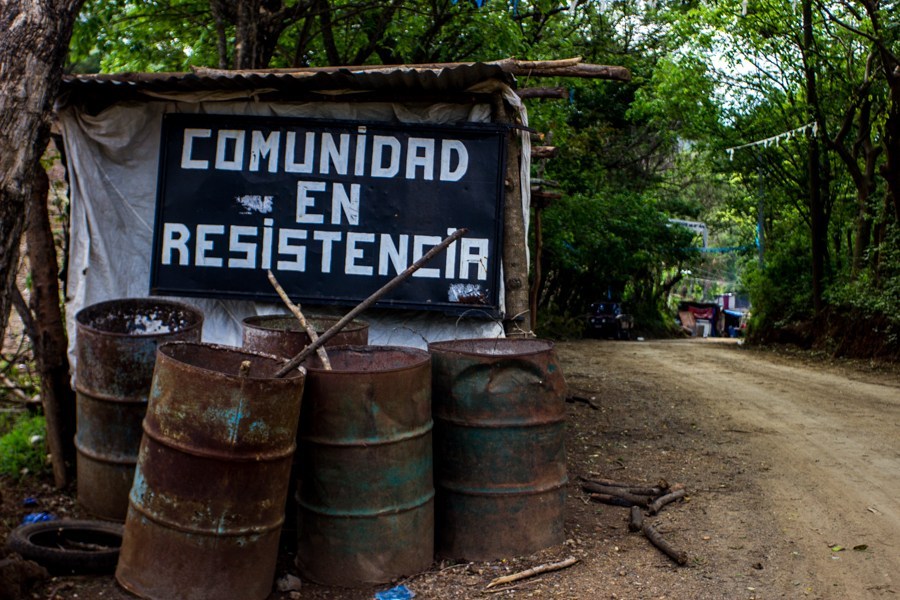 On December 11, 2018, the American mining company Kappes Cassiday & Associates filed an international arbitration lawsuit for $300 million against the State of Guatemala before the International Center for Settlement of Investment Disputes (ICSID), under the protection of the DR-CAFTA free trade agreement, signed between the Central American countries and the US.

The lawsuit refers to the Progreso Derivada VII mining project, suspended on February 22, 2016 by the Constitutional Court. The project was suspended due to the failure of the government and the mining company to carry a consultation with local indigenous populations of San José del Golfo and San Pedro Ayampuc, before the implementation of the project.

Since 2011, women, children and men have engaged in a collective strategy of resistance against the mining operation due to environmental and water scarcity concerns in the Central American country. Despite a campaign of criminalization and defamation, and a renewed military presence in the region, the resistance camp of La Puya has been permanently active, 24 hours a day.

To show their rejection of the project, the inhabitants set up a camp to block the road in order to stop the passage of machinery to the site. Despite of the blockade, several complaints indicated that the operations of the company have continued by using alternative ways of extract minerals, even after a court ruling ordering the company to stop which resulted in the opening of an investigation for the crime of illegal exploitation.

Guatemala, has previously paid 249 million Quetzales ($32.4 million US) to two North American companies (RDV and TECO) that sued the country internationally, and refrained from suspending the works of the Marlin Mine (owned by mining giant GoldCorp) to avoid a similar lawsuit during the government of Álvaro Colóm.

The trial, one more abuse against communities

On July 23, 2019, during a summons made to various government officials, they failed to report on the strategy that the Guatemalan State will use for its legal defense.

During the citation, conducted by Member of Parliament Leocadio Juracán, Jennifer Moore from the Center for Political Studies, presented the study ¨Extraction Casino: mining Companies gambling with Latin American Lives and Sovereignty through International Arbitration¨.

Moore highlighted how these lawsuits allow companies to win millions of dollars thanks to a unilateral system, in which only companies can sue and those who rule on cases are their close allies.

CAFTA-DR, like the thousands of other international investment agreements, gives transnational companies a binding resource to a perverse international arbitration system known as Investor Dispute Settlement - State-Investor State (ISDS). English). ISDS claims are heard in courts such as ICSID and have been widely condemned for privileging corporate interests to the detriment of local communities and the environment. This mechanism allows transnational corporations to pass over national courts and undermine the sovereignty of nations. Courts such as ICSID are not courts of justice, but secret panels of highly paid corporate lawyers whose decisions have no obligation to respect any precedents.

"It is a misrepresentation of the concept of justice, where companies are allowed to interpose their petty interests above and without complying with the law in the country," expressed the lawyer.

Accordingly, the peaceful resistance of La Puya expressed concern that a lawsuit from “this company that has criminalized, has altered the social peace of the communities, and that is threatening the life of the ecosystems in the area and the quality of human life.” Also, the communities in peaceful resistance of La Puya demanded “To declare the DR-CAFTA Free Trade Agreement harmful and to denounce it as permitted by the Political Constitution of the Republic in article 183 subsection o)”, due to State of Guatemala being currently subject to arbitration claims for hundreds of millions of dollars.