Save the Mining Moritorium

The state of Wisconsin’s mining legislation is some of the strongest in the country and the world.  Their “prove it first” law requires mining companies to show that mining in metallic sulfides has been done safely elsewhere in North America, and since no mining company has been able to prove such a project exists, there have not been any mining projects approved in Wisconsin. 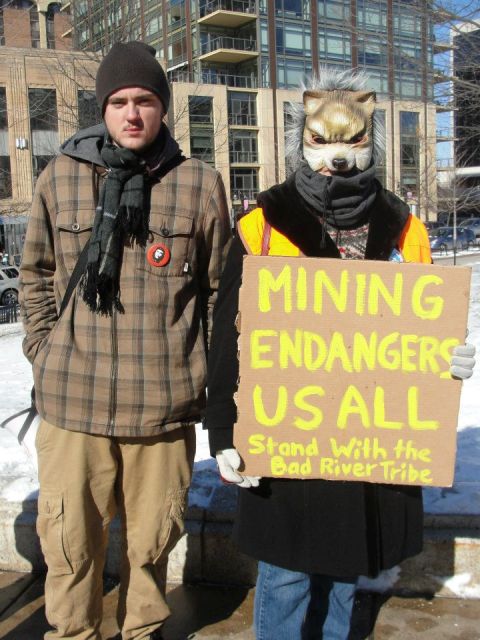 However, now, that legislation is under attack by WI Governor Scott Walker, supported by mining company representatives.  Environmental, Indian, and community organizations from across the state are organizing and fighting back to keep the regulations that have protect their water and cultural identity.

Now they need your support.  Below is a call for support from the Wisconsin Resource Protection Council and the Sierra Club-John Muir Chapter.

For more information on:  the WI Mining Moratorium Law, Strip Mine Legislation, the Iron Mining Industry’s Environmental Track Record, and recent press coverage of the issue.

See the full text of the letter here.

We're writing to ask you to consider signing your organization on to the sign-on letter (below) that will be sent to Wisconsin legislators in both houses by mid-January.  The letter asks the legislators to reject special interest legislation gutting Wisconsin mining law to enable a single destructive iron ore mine.  Similar legislation was defeated by a single vote in 2012.  It also asks the legislators to protect Wisconsin's Mining Moratorium law that simply requires a mining permit applicant to prove that mining in metallic sulfides has been done safely elsewhere in North America.  We wish to communicate this message as early as possible in the new session to both new and returning lawmakers for their education.

We request that you let us know by January 11, 2013 if your organization can sign on to this letter.  Many of you took strong stands in favor of the Moratorium and against AB 426 (the ferrous or iron mining bill) in the past and we hope you will reaffirm these positions via this letter.  Note that nothing you do via this effort limits anything you may wish to do as an organization to fight iron mining legislation or defend the Moratorium; in fact, we hope that you will wish to continue and increase your independent efforts in the new legislative session.

The letter will be delivered to legislators soon after the deadline and will be accompanied by the three companion briefing papers about the Mining Moratorium Law, proposed Iron Mining legislation and the Environmental Track Record of Taconite (Iron) mining.    The briefing papers will also be posted to the Sierra Club's website at: http://wisconsin.sierraclub.org/PenokeeMine.asp.  Please feel free to post them to your website as a resource for more information or for your own education.  You can also learn more by going to Wisconsin Resources Protection Council's site at: www.wrpc.net.

If your organization can sign on the letter, please reply by January 11, 2013 with your organization's name, address and the name and title of the contact person for your group.  Please contact Elizabeth Ward at the Sierra Club - John Muir Chapter office at 608-256-0565 or elizabeth.ward@sierraclub.org with any questions or concerns.

See the full text of the letter here.