That Congress puts the Executive Branch’s political will to the test, by passing a Law that would definitively ban mining exploration and exploitation in El Salvador, is the demand being made by the National Roundtable against Metallic Mining (Mesa in Spanish) towards the different legislative political parties.

The beginning of the last stage of negotiations of the Free Trade Agreement between El Salvador and Canada has put those who defend natural resources in our country in a state of alert, because they consider the agreement to be in favor of mining, based on the fact that, currently, trade between the two countries is no more than $16 million a year, which does not represent a necessary market for either country.

They remind people that 30% of the world mining industry is from Canada and that this agreement, of which 85% has already been negotiated in complete secrecy, is an opportunity for transnational Canadian companies to take precious metals from our subsoil.

Mining exploration began in El Salvador in 1880, and was carried out in the northeastern part of the country for almost 100 years, even though at its highest it only represented 16% of all exportations (1913) and it was never a significant contribution to development.  However, the environmental damages produced by are the process still being felt, the most emblematic case being the San Sebastian River in Santa Rosa de Lima.

The new gold fever began in 1995, with the enactment of the current Mining Law, which to date has taken five lives and forced a journalist from Radio Victoria into exile, as well as caused the downfall of the inhabitants of the area Pacific Rim has decided to explore.

The National Roundtable against Metallic Mining insists that the issue of metallic mining needs solutions and urgent response from decision makers in government positions, political parties and, finally, the Legislative Assembly; and that approval of a law that would ban metallic mining is urgent and strategic in the short term.

The original text in Spanish here. 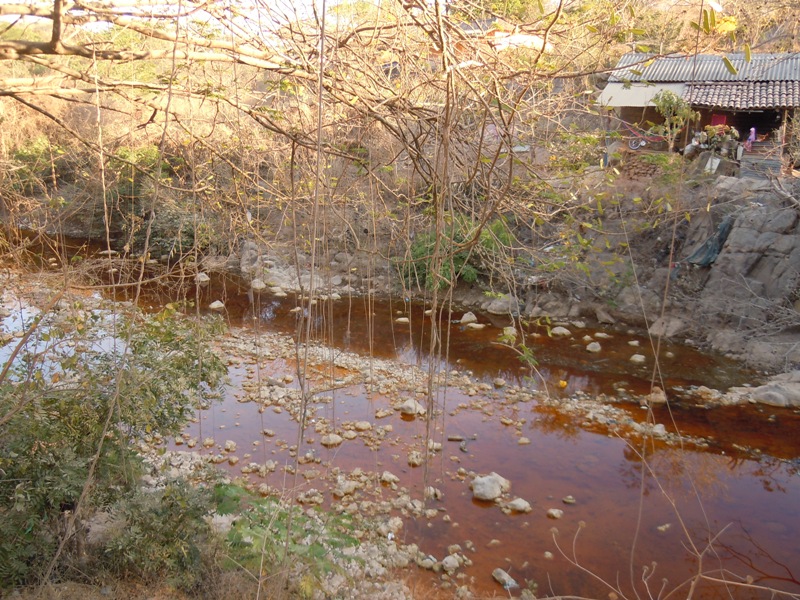