Anti-mining community, Gina Lopez awarded as heroes for the environment 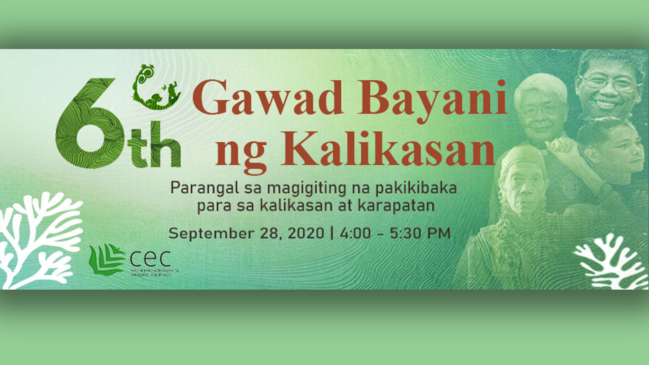 The Philippines ranked second in the 2019 Global Witness report for being the deadliest for environmental defenders with. In 2018, the country topped the list with 30 defenders killed. In the same report, mining was cited as the “deadliest” sector.

Last week, September 28, the Center for Environment Concerns – Philippines (CEC) recognized the valiant environment defenders who put their lives on the line against large-scale mining.

The United Organization of Didipio Residents was one of the organizations recognized in the sixth Gawad Bayani ng Kalikasan for the successful barricade against Australian-Canadian mining company Oceanagold, which continued to operate despite its expired permit.

The organization, tied up with multiple environment organizations, LGU, provincial government, and religious sectors, lobbied for the permanent suspension of operation of Oceanagold, citing both environmental and human rights atrocities. It was in October last year that the company suspended its operation in Nueva Vizcaya but it still has pending application to renew its financial and technical assistance agreement (FTAA).

The Duterte era: A state of nature under attack 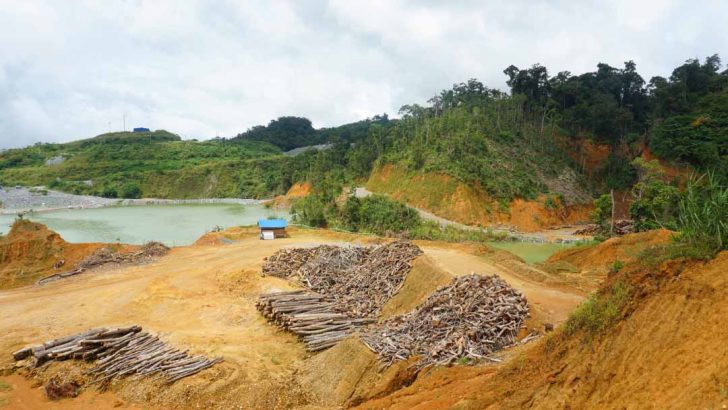 A complex array of multiple crises slowly brewing for four years breached the tipping point and inundated the Philippines in just the last four and a half months. This is the story of our nation as we approach the upcoming State of the Nation Address of President Rodrigo Duterte. The COVID-19 pandemic triggered cascading consequences to long-standing problems in our country that has been hidden from plain sight by the shock and awe antics of President Duterte up to this point.

Oceanagold’s mining operations in Didipio, Kasibu, Nueva Vizcaya have dried up the sources of water, polluted the environment and crippled the livelihood of farmers. (Photo by John Aaron Mark Macaraeg / Bulatlat)
The environment, in particular, has remained under the radar despite long facing increasing pressures these past four years under President Duterte:

1. We have risen from the fifth spot to fourth in terms of long-term climate vulnerability according to GermanWatch’s climate risk index, with annual average damages brought about by climate-related disasters rising from USD 2.8 billion to 3.1 billion.

2. We have consistently placed second among the top countries with the most air pollution-related deaths in the world, according to the World Health Organization.

3. We have lost an estimated P990.3 billion worth of our sovereign natural resources including annual damages incurred in the West Philippine Sea, wholesale export of minerals to foreign economies, losses to the illegal wildlife trade, and sovereign guarantees in large dam and water projects.

Water, transparency and mining concerns in the Philippines 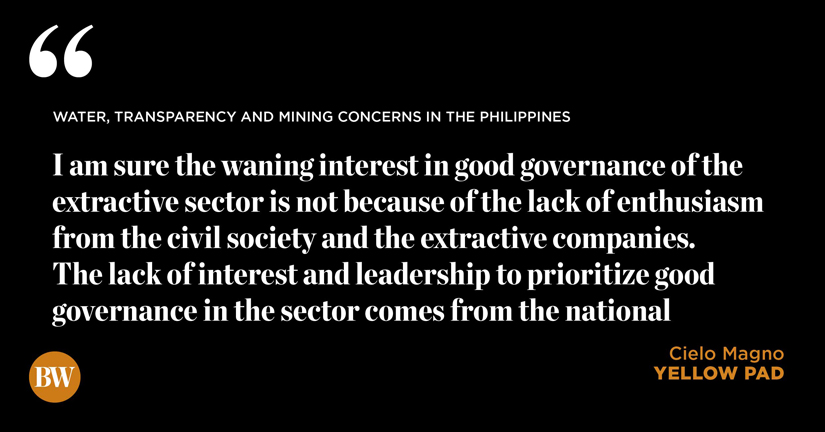 The communities of Didipio, Nueva Visacaya have been up in arms against the operation of Oceana Gold Philippines, Inc. (OGPI). OGPI has been operating a copper-gold mine in Barangay Didipio in Kasibu, Province of Nueva Vizcaya. A Financial or Technical Assistance Agreement (FTAA) was awarded to OGPI in 1994, but the company only started its full operations in 2011. The first commercial production was reported in April 2013. Now, the FTAA has expired and is up for renewal.

The negative social and environmental impacts of the mine have been one of the concerns of the local stakeholders. More recently, the communities living near the Didipio mine claimed to have water supply problems including access to potable water, and availability for use in their homes and farms. Media releases from OGPI stated that it has been responsible for water management. The extent of water recycling at the Didipio mines is almost 75% at present, according to Oceana Gold Corp.

Since water is vital in mining, John Morillo, a graduate student of the National Institute of Geological Science of the University of the Philippines, and I decided to do an analysis of the water use of large scale mining in the Philippines. This study was supported by the Natural Resources Governance Institute (NRGI)

The Didipio Mine was one of the large-scale mines we examined. Using publicly available data, we estimated the available surface and groundwater resources of the area and compare these with water consumption at mines to determine if there is over extraction. We also tried to understand the impact of water consumption based on the mining activities and their rate of extraction and timing (i.e. which activities or events possibly correspond to an increase or decrease in consumption) by carrying out statistical analyses to establish correlation. We identified areas affected by water consumption using existing climate and land use data and its short-term and long-term impact to the water use of local communities.

Land Defenders Are Killed in the Philippines for Protesting Canadian Mining 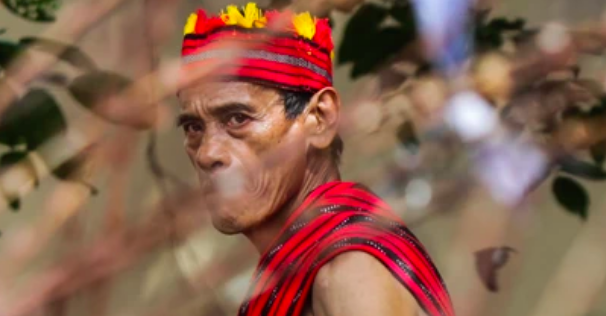 Not only do Canadian mines in the Philippines degrade the environment and displace Indigenous communities, activists say, eco-defenders are targeted by the Philippine government for protesting them. A VICE World News investigation. It was 6:45 a.m. on a Monday in July 2006: Chandu Claver, his wife, and 10-year-old daughter were in their car at a busy intersection after dropping off the youngest daughter at her school in Tabuk, a city in the Philippines about 450 kilometres north of Manila, nestled in the lush and mountainous Cordillera region. Without warning, a dark van pulled in front of them and two armed men with rifles stepped out and opened fire. Claver was shot three times in the shoulder and once in the stomach. His wife was shot seven times in the chest. A bullet grazed their daughter’s head The ambush was supposed to kill him, but it took his wife’s life instead.