The International Allies Against Mining in El Salvador call on our friends and allies to support the National Roundtable against Metallic Mining and mining-affected communities in El Salvador to take a stand against Canadian-Australian mining company OceanaGold.

In October 2013, Australian based company OceanaGold acquired Pacific Rim Mining, a Canadian firm ensnarled in a deadly conflict in the northern department of Cabañas, El Salvador, where communi-ties have said no to mining for over a decade.

Since 2005, mining-affected communities, the National Roundtable against Metallic Mining, the Catholic Church, political parties, government institutions and public opinion have expressed opposition to mining given the negative impacts of proposed mining projects on this, the most densely populated country in the region that is largely dependent on a single watershed. In a rare instance of national consensus, in 2008, the government of El Salvador introduced a de facto moratorium on mining that the current administration has publicly promised to maintain.

million US at a World-Bank housed tribunal, the International Centre for Settlement of Investment Disputes (ICSID). Meanwhile, the company engaged in high level lobbying of national authorities to try to have its license approved. At the community level in Cabañas, it led a disastrous community relations campaign that engendered deadly conflict in the communities surrounding its El Dorado mining project. At least five anti mining activists have been assassinated since 2009 whose murders have not been ade-quately investigated. Many other environmental defenders currently live under continuous death threats against their lives and the lives of their families.

The state of insecurity generated in Cabañas prompted the Inter American Commission on Human Right-IACHR to issue 2009 precautionary measures ordering the Government of El Salvador to “adopt the measures necessary to guarantee the life and personal integrity of the beneficiaries, and to inform the IACHR about any actions taken to investigate the facts.”

The stakes for Salvadorans are high.  The legal costs and a potentially negative outcome of the suit, could deteriorate the government's capacity to prevent further migrations, curb the chronic insecurity in the country and implement policies for sustainable economic growth.  A democratically elected government should not be punished for standing up for the common good.

During the month of September, please join solidarity actions taking place in Australia, Canada, the US and El Salvador to support the just demands of mining-affected communities and their allies. 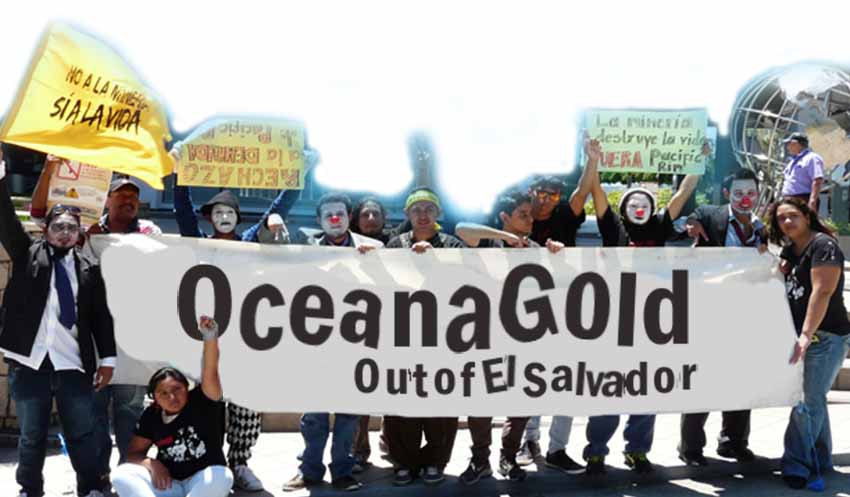